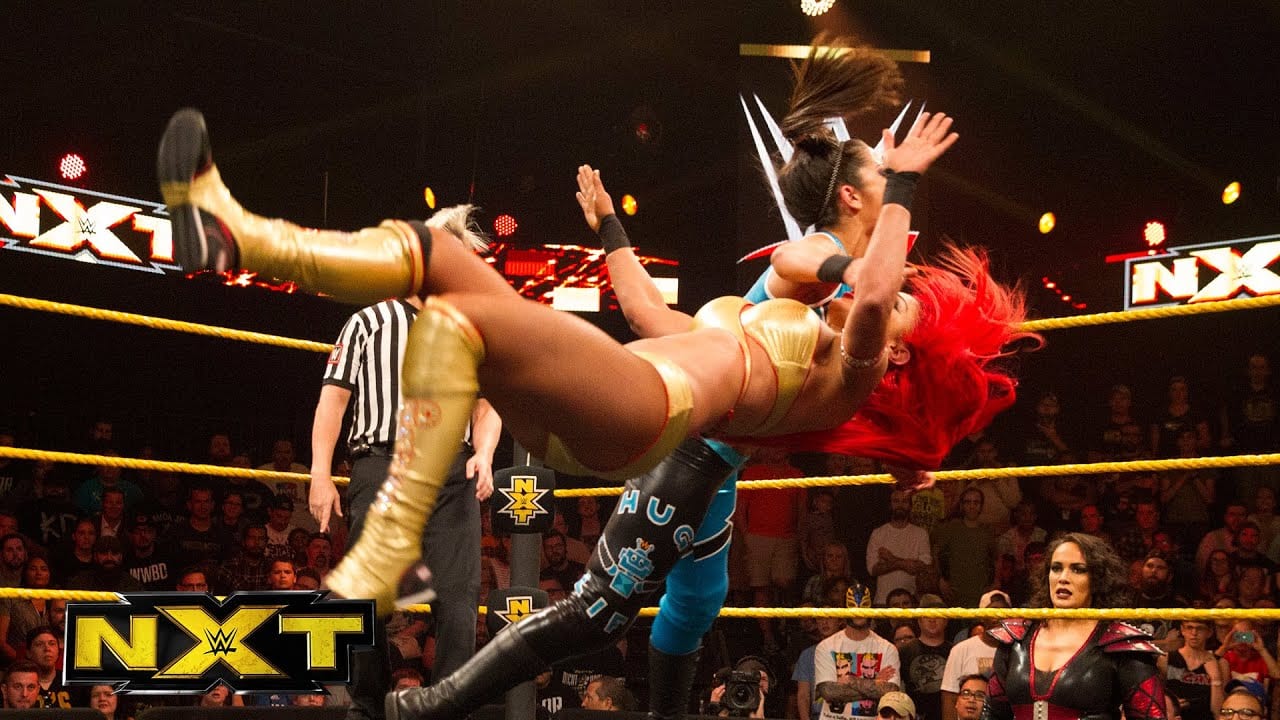 Bayley is one of the top female Superstars in all of WWE, with her previous reign as Smackdown Women’s Champion lasting 380 days and she also has the most days as a Women’s Champion in modern WWE.

She has also competed in many great matches during her time in NXT, particularly against her long-time rival Sasha Banks.

In a short clip uploaded by WWE on Twitter, Bayley was seen speaking to ‘Stone Cold’ Steve Austin on his Broken Skulls Sessions Podcast. In the clip, Steve Austin played word association with Bayley.

When Austin mentioned Eva Marie, Bayley gave a surprising answer. The former Smackdown Women’s Champion revealed that her match against Eva Marie was the most fun she has ever had.

Steve Austin was also surprised at Bayley’s response as he simply said ”wow.”

Bayley competed against Eva Marie on NXT back in 2015, where Bayley’s NXT Women’s Championship was on the line.