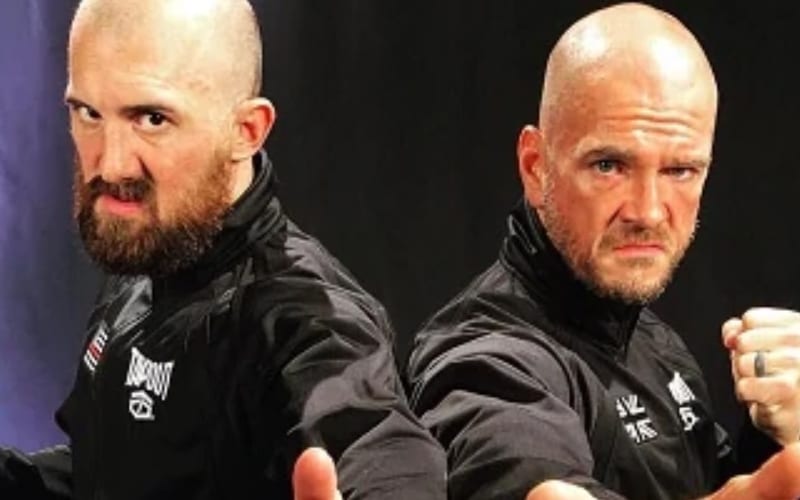 Last night on SmackDown, Dolph Ziggler and Robert Roode were able to defeat The Street Profits and claim the SmackDown Tag Team titles.

It’s a move that had been building for a few weeks, and the two were finally able to get the job done to ensure they now sit at the top of the blue brand’s tag team division.

Two men that are interested in taking them on in the future, though, don’t even compete on Friday nights.

Danny Burch and Oney Lorcan have enjoyed their own rise to prominence in recent months and after winning the NXT Tag Team Championship, it seems as if they’re interested in a cross-brand match in the near future.