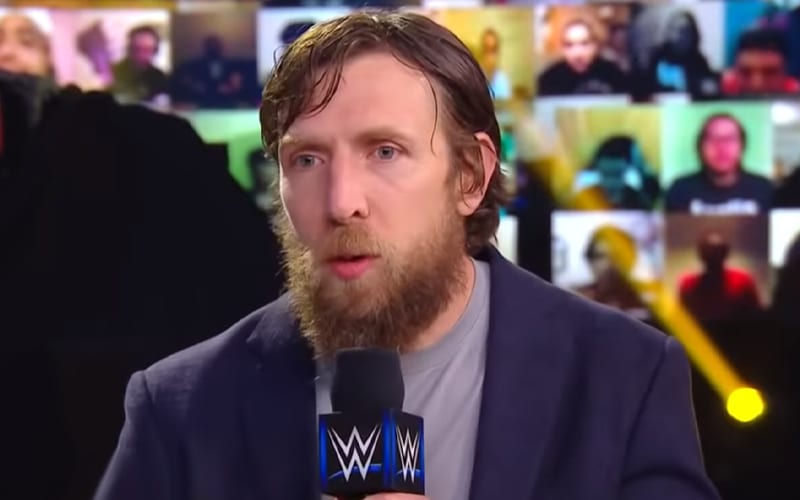 Daniel Bryan is a member of the SmackDown creative team, and he is also an active member of the roster. He could be in line for a huge WrestleMania match this year if he can win the 2021 Royal Rumble match.

During Wrestling Observer Radio, Dave Meltzer spoke about Daniel Bryan’s current situation in WWE. We previously covered how he is pulling for more NXT Superstars to come in. Bryan feels like he is an older member of the roster, and he wants to push others while he can. He also feels that his intention within WWE has changed as well.

“He thinks that he has lost his step and that wrestling isn’t his full-time job anymore even though it is. He thinks that his full-time job now is being a dad and he loves being a dad more than anything in the word and god bless him, and he’s a minimalist and he doesn’t need giant money and he can make money; and he’s got a contract and everyone in the organization probably likes him. He will probably be there for a long time, and if he doesn’t like it there; there’s plenty of places he can go anywhere in the world. If he really wants to and quench his wrestling bug and get with a new group of people, whatever.”

“He just feels like they should be bringing young cool guys in an he’s a 40-year-old dad, that’s how he sees himself.”

Daniel Bryan has made no secret that this run in WWE is his final full-time deal. We’ll have to see what comes next for Daniel Bryan, but he is in a position where he can not only have a big influence on his own creative direction, but he also wants to put others over in the process.