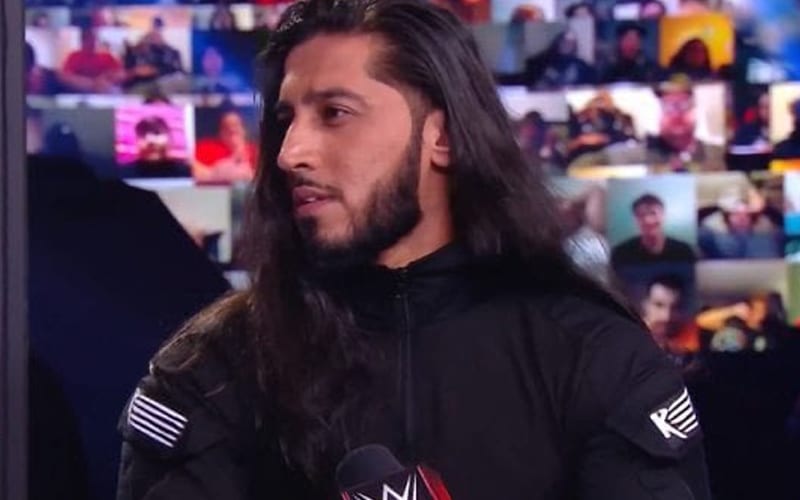 Mustafa Ali cut a passionate promo on RAW Talk this week after Retribution was snubbed on RAW. He didn’t appreciate WWE Legends, who could barely walk, showing up and taking his stable’s spot. This promo got a lot of attention.

Ali tweeted out an image of himself from that RAW Talk promo. He also included a rather interesting caption that seems to call out something he was told about his promo abilities.

“we don’t know if we can give you a live mic again.”

T-Bar chimed in and he seemed to add even more weight to the validity of this quote when he said: “Lol, of course. Let me guess who said this. Hmmmmmvmmmm.”

Someone backstage in WWE might have said that Mustafa Ali can’t be trusted with a live mic. Obviously, he believes that RAW Talk this week proved that doubter wrong.