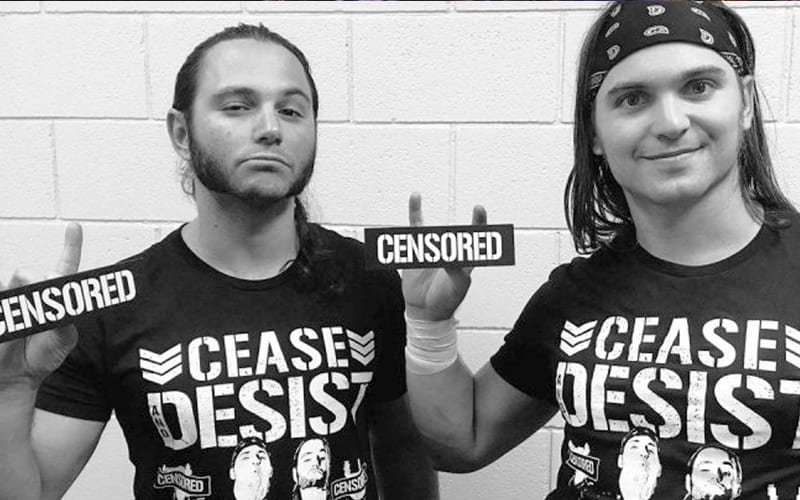 The Young Bucks joined up with the Good Brothers and Kenny Omega during AEW Dynamite this week. Their union was made official with a massive Too Sweet in the middle of the ring, a hand gesture that WWE claims to own.

The Young Bucks were allegedly sent a cease and desist about their usage of the Too Sweet hand gesture. This caused them to pull a ton of merchandise, their DVD set, and other promotion materials. They did make a killing on their “Cease & Desist” t-shirt.

Bad Luck Fale tweeted out after The Elite used a Too Sweet on AEW Dynamite. He said: “Cease and desist #TooSweet that.”

Tama Tonga fired back at Fale and said: “I love that lie.” The Young Bucks might not have received a cease and desist after all.

We will never know the truth until Nick and Matt Jackson admit that it was a lie, or they show a legal letter from WWE as evidence. If getting a cease and desist from WWE was a promotional stunt, then it was a brilliant one. It might also fall in line with other jokes during Being The Elite at the time which included WWE kidnapping Adam Page.