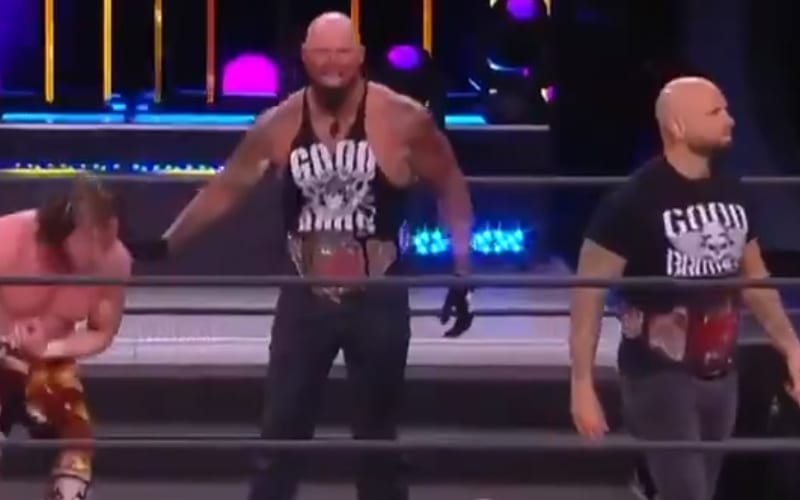 Kenny Omega defeated Fenix in the main event of New Year’s Smash night one. Then Kenny Omega and Don Callis got in the ring. They played a video of Eddie Kingston’s faction taking out the Death Triangle, Fenix was all alone.

Just when Omega was about to finish Fenix off, Jon Moxley ran in for the save. Suddenly, the Good Brothers rushed the ring. Karl Anderson and Luke Gallows were also wearing the Impact Wrestling Tag Team Titles around their waist.