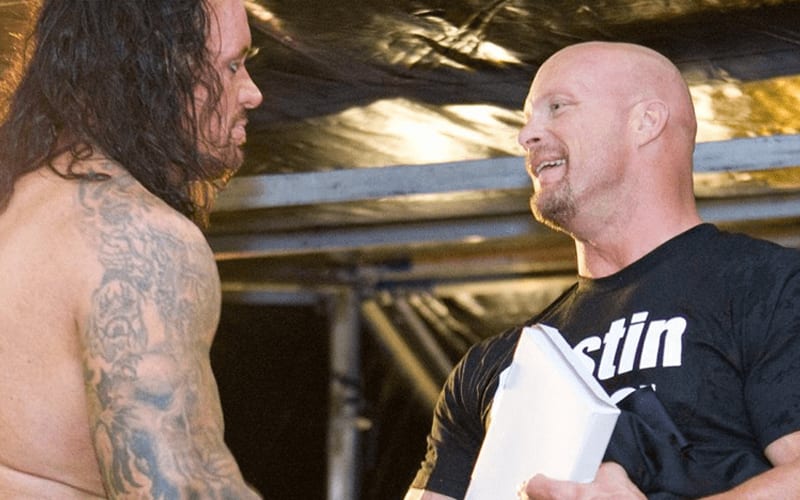 The Undertaker just retired from the ring in 2020, something that Steve Austin did years ago. The Rattlesnake confirmed that he will never wrestle again. He knows that The Undertaker will be okay in this new chapter.

While speaking to Busted Open Radio, Steve Austin responded to Dave LeGreca saying that he didn’t like how Undertaker broke kayfabe after all the years he spent protecting his character.

The Undertaker’s Last Ride documentary pulled back the curtain in a big way. Taker followed that up with countless candid interviews. Steve Austin is all about The Undertaker revealing the real man behind the mystique, even though there are some detractors.

“I can appreciate what you’re saying. Because you’re one of those guys that couldn’t stand to see Taker lift up the veil and finally say after 30 years, ‘Believe it or not, I’m a human being.’ That’s the way I look at it because I’m a big fan of the business as anybody. And I understand kayfabe, I understand protecting the business, but when it’s time to ride off into the sunset, it’s time. If Mark Callaway never talked about being The Undertaker, why shouldn’t he have that opportunity to do that, just like anybody else, because he can’t be The Undertaker anymore.”

“He can make an appearance on RAW, or whatever, but now it’s time to live his life, and the majority of his life was being that guy. So I think it’s great for him to do it, it doesn’t bother me in the least. I mean hell, I’ve done it, and to a point, you don’t start going in that cycle, everybody’s asking the same questions. But that’s going to take a long time, so I think it’s outstanding,”

The Undertaker and Steve Austin also did two different episodes of the Broken Skull Sessions. Obviously, Austin is okay with The Undertaker revealing a bit of Mark Calaway, someone who fans never knew for decades.