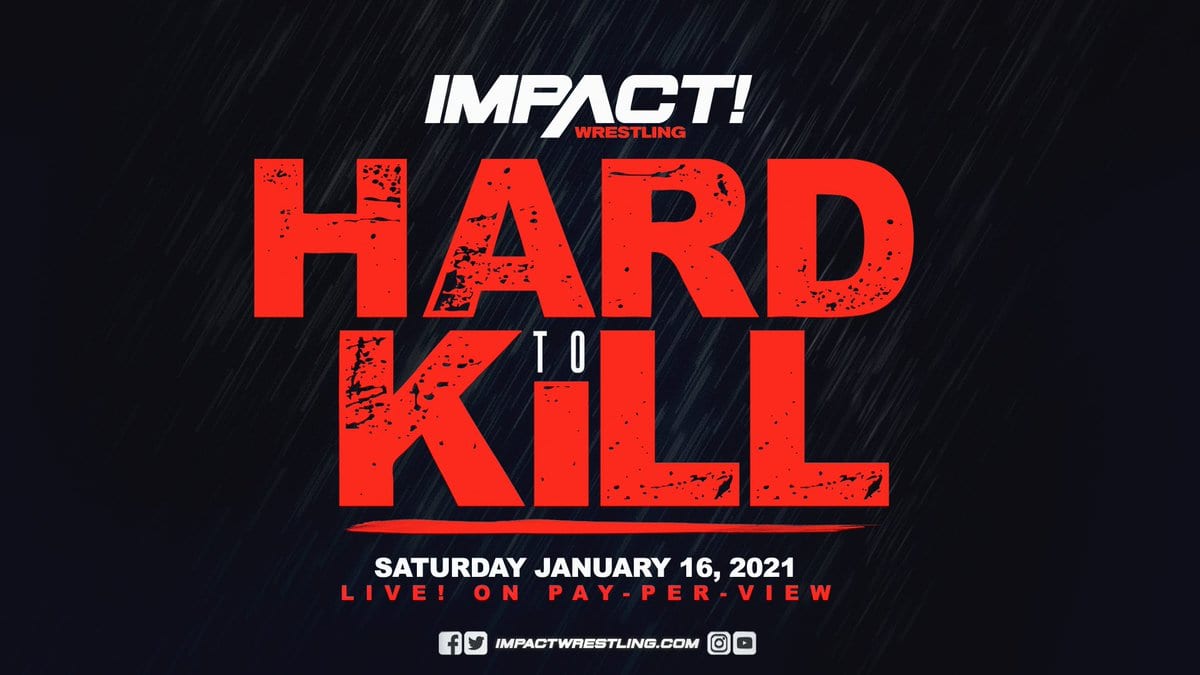 This week’s episode of Impact Wrestling on AXS TV confirmed several matches for their Hard To Kill pay-per-view.

The final match of the Knockouts Tag Team Title Tournament was made official as Kiera Hogan and Tasha Steelz will take on Havok and Nevaeh.

Sami Callihan and Eddie Edwards’ rivalry further intensified on this week’s show as it was officially announced the two will compete in a “Barbed Wire Massacre” match at Hard To Kill. This match is likely to end their four-year-long rivalry.

Tommy Dreamer, Cousin Jake and Rhino will square off against Eric Young, Joe Doering and Cody Deaner in an “Old School Rules Match.”

As reported earlier, Ethan Page will take on his alter-ego The Karate Man.

Here is the current card for the pay-per-view:

Ethan Page vs. “The Karate Man”

Impact Wrestling’s Hard To Kill pay-per-view will be taking place on January 16th, 2021 in Nashville, Tennessee. Ringside News will be providing live play-by-play coverage of the event.