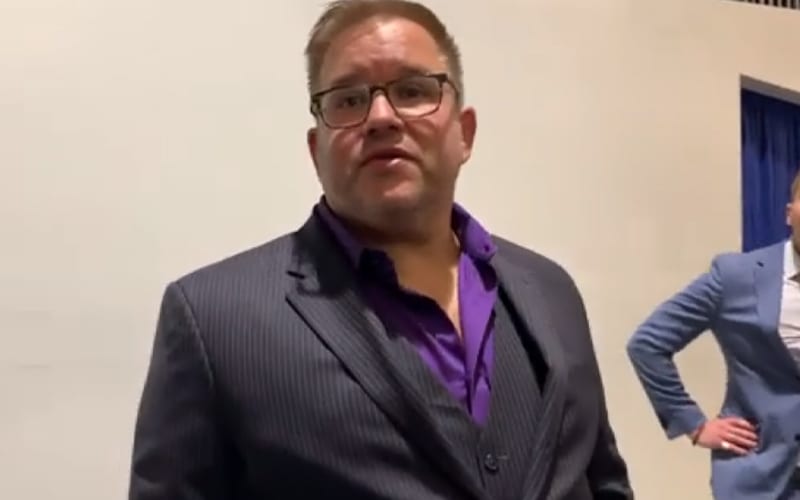 While speaking with Sport Illustrated, Scott D’Amore talked about Impact Wrestling’s current partnership with AEW. He put Kenny Omega over in a huge way as he shares the same mindset as Tony Khan and the Young bucks. They are a forward-thinking company and he is very appreciate of the opportunities before them.

“Kenny is a forward-thinker, and he doesn’t think in the confines of traditional wrestling. It’s the same with the Young Bucks and Tony Khan [of AEW], they’re all forward-thinkers. And we are very proud of what we’re building at Impact Wrestling. Since Anthem came in, the goal has always been the long-term. You can’t do this in a day, a week, a month or a year. Incrementally, we’ve tried to get better, brick by brick. So yes, this is a chance for us to show off our talent.”

“This isn’t just a chance to see Kenny Omega—it’s a chance to see Kenny Omega reunite with Karl Anderson and Doc Gallows. That’s a Bullet Club reunion, and you’re putting them with Rich Swann, who is showing he can be a great world champion, and one of the most iconic teams in wrestling, especially Impact Wrestling, in the Motor City Machine Guns. They’re a team that constantly gets overlooked for their contributions in revolutionizing tag-team wrestling, and they’re as homegrown for Impact as anyone. This is a match for wrestling fans, you get to watch these six men go at it in the ring.”

“Everyone is entitled to their position. Look, AEW built a great product in a very short period of time. Our hats are off to Tony Khan and his team. I’ve always believed that success in the wrestling business is like a rising tide in that it leads to more success for everyone. I’m very happy we get to do some crossover stuff with them. Often in wrestling, the question is ‘Why would we work with someone else?’ This has put eyeballs on both companies. We’re very appreciative, and we think it’s added a buzz for both shows. The collaboration on the talent level creates the potential for a lot of fresh matchups. We’ll see where it goes next, but it is a great time to be a wrestling fan and a great time to be in the wrestling business.”

We will have to see if and when Impact Wrestling sends wrestlers to AEW. That could happen sooner than most think.

Hard To Kill is going down on January 16th. AEW could plan any sort of crossover in order to help build that pay-per-view. This is only be the start of a relationship between the two companies and 2021 seems wide open with possibilities.