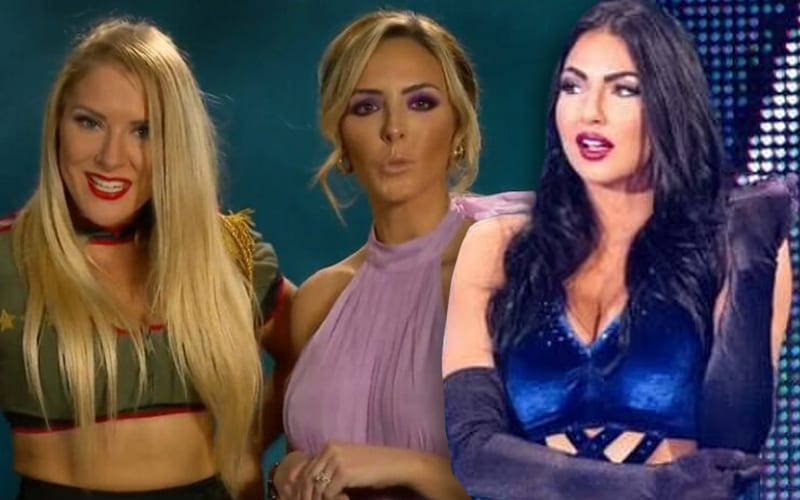 WWE split up the IIconics, and fans are still wondering why. Peyton Royce found a new tag team partner in Lacey Evans on Raw, and Billie Kay is currently shopping around her resume on SmackDown.

While on WWE The Bump, Billie Kay was asked about Peyton Royce’s new team. She was watching with excitement when Royce and Evans defeated Charlotte Flair and Asuka on Raw. Kay will also support Peyton Royce through her entire career, and she hopes that Lacey Evans treats her lifelong friend well.

“What a massive win for them you know they beat the Women’s Tag Team Champions on Raw on Monday. I was watching and I was cheering Peyton on. The IIconics will always be a soft spot for me, but I will always be her biggest supporter. She’s found a new partner with Lacey Evans, let’s be honest Lacey’s a little bit of a nut, she’s a little bit out there, but then again, you need that contrast in a tag team. As long as she treats my darling Peyton right I’m all for them going as far as they can as a tag team.”

Billie Kay and Peyton Royce seem destined to reunite down the line. Then again, you never know if their careers could take on different paths. There are certainly a lot of fans who would love to see an IIconic reunion, but right now Billie and Peyton will continue supporting each other across brand lines.