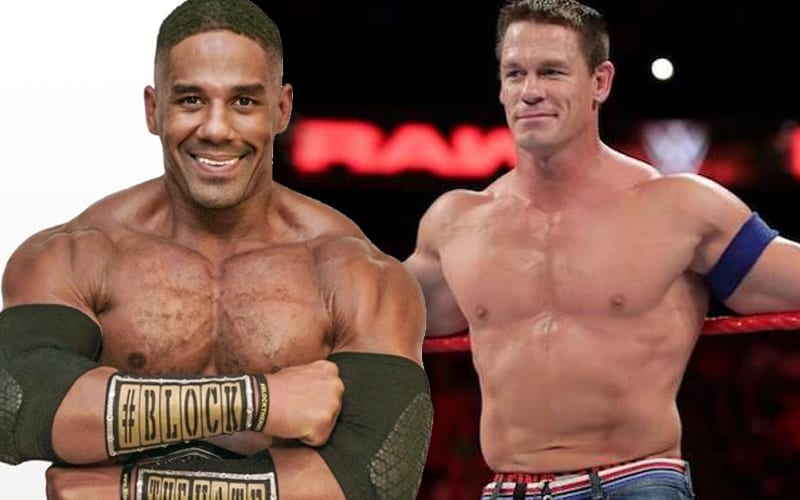 John Cena is known for his ripped physique, but Fred Rosser thinks he has him beat. The former Darren Young recently replied to a tweet that compared him to John Cena, and he had a multilingual reply ready.

Luch Libre Online tweeted out, in a post translated from Spanish, “We have received many comments of comparisons between NJPW’s The Suntan Superman, Fred Rosser and John Cena because of their physical contour. And it was genuinely not until you guys started mentioning it that I was aware of that. Look at the physical.”

Fred Rosser saw this tweet and he had to reply. He was also not the least bit humble.

John Cena has yet to reply in any language. Odds are he will let this one slide because he doesn’t generally use his Twitter account banter in such a way. You can feel free to weigh in with your opinion in the comments below.