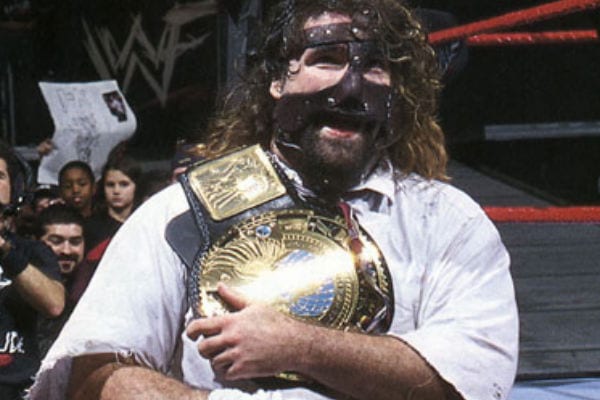 The early stages of the Monday Night Wars between WWE and WCW saw the latter company consistently beating WWE RAW in ratings for several weeks.

However, that all changed 22 years ago on Monday Night RAW, when Mick Foley beat The Rock to win the WWE Championship in the main event of the show.

Tony Schiavone spoiled the ending to RAW on that week’s episode of WCW Nitro as it was taped in advance. That backfired as several WCW fans decided to tune in to watch Foley’s historic win immediately. From that day onwards RAW never lost in ratings to WCW.

Mick Foley took to Twitter and reflected on his massive win. He thanked everyone who played a part in the biggest win of his career. Foley also thanked The Rock for doing the honors.

2 YEARS AGO, TODAY JANUARY 4, 1999 THE NIGHT THE CHANNELS CHANGED! Thanks to everyone who played a part in the biggest win of my career – and one of the biggest ratings wins in the #MondayNightWars Thank you @TheRock for doing the honors!

The Rock saw Foley’s tweet and mentioned just how significant that moment was in the history of the pro wrestling business. The Rock also said he was glad to do the honors for Foley.

“This was a massive and historic moment in pro wrestling during the infamous “Monday Night Wars”. It all hinged on one man becoming @wwe champion – @RealMickFoley. We all had our role to play and I was honored to “do the honors” for you and our business, my friend. #foley”

Mick Foley is currently self-quarantining himself as he tested positive for COVID-19 recently.