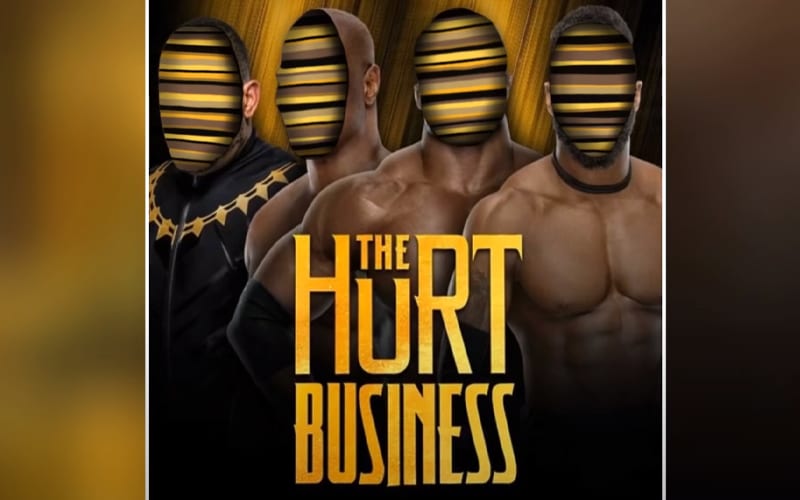 The Hurt Business have dominated the RAW brand and they are currently covered in gold. MVP, Bobby Lashley, Cedric Alexander, and Shelton Benjamin’s stable was also the source of inspiration for a new track.

“The Hurt Business” is a new song from Westside Gunn, Smoke DZA, and Wale above. As you can imagine, the Hurt Business is the apparent inspiration, and their images are also featured on the single artwork.

In the song, Wale lays down a rap that name drops some pretty famous tag teams from pro wrestling’s past and present. He didn’t name drop The Hurt Business, but the name of the song gives a clear indication about a source of inspiration.

“Alhamdulillah, most valuable like Hassan Assad. Lay down, niggas ain’t thug/Don’t think we can’t tell/It ring out/Coughing up like you Gangrel. … Fiends copping, that’s my young one/Lot of shoppers, don’t look like Rockers because they Young Bucks.”

WWE Superstars are getting love from all over the rap community as of late. Booker T was recently featured in a Bad Bunny music video. Cardi B also showed love to Sasha Banks and Carmella, but she also started a beef with Lacey Evans along the way.

You can check out the new song from Westside Gunn, Smoke DZA, and Wale below.

Thanks to Complex for the quote