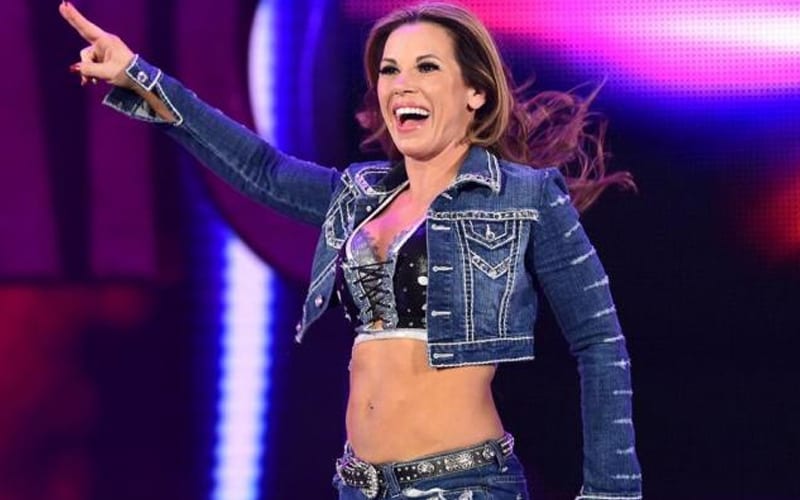 Mickie James showed up to Legends Night, and she was on screen for a few seconds. There are a lot of questions about her current status.

James’ appearance at Legends Night doesn’t mean she’s a legend. Some were under the assumption that she might have been quietly moved over to the legends roster.

According to Inside The Ropes, Mickie James is still listed on the active roster. She has not been moved into a non-wrestler section. So, she could still theoretically wrestle in matches, but WWE isn’t booking her.

Inside The Ropes has learned that, in fact, those reports simply aren’t true. Mickie James is still an active performer in WWE and has been cleared to wrestle following an injury sustained in October.

Mickie James’ last match ended suddenly, and not as planned. She hasn’t been on television for a while. The last we heard, she’s not ready for a legends role at all. This is an interesting situation because it seems that Mickie James is ready to compete, but WWE isn’t using their former six-time champion.