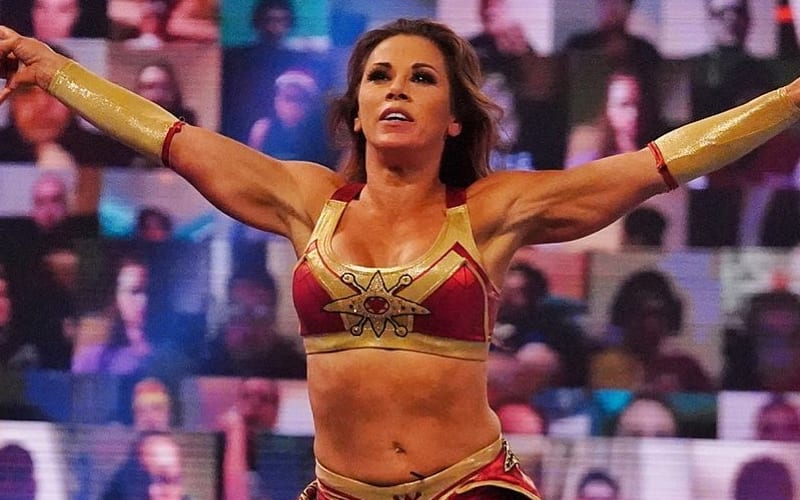 Mickie James was not happy about how her last match ended in WWE in September. The referee called for the bell suddenly before the planned finish. She hasn’t wrestled since, and now Mickie James is being identified as a Legend.

James will be in attendance at WWE Legends Night this week on RAW. This is not a title she is ready to receive yet. She has made that quite clear. She wasn’t drafted to either roster during the 2020 WWE Draft either.

During Wrestling Observer Radio, Dave Meltzer discussed Mickie James’ situation and how WWE has apparently moved her to a different category on the roster.

“I guess so [they retired Mickie James] because they listed her as one of the Legends and she hasn’t been back. So, yeah that’s what it seems like.”

Mickie James is a six-time champion in WWE. She also has a ton of veteran experience that could be very beneficial for those on the active roster. We will have to see what WWE does with Mickie James during Legends Night, but this is the first time Mickie James has been referred to with that label.