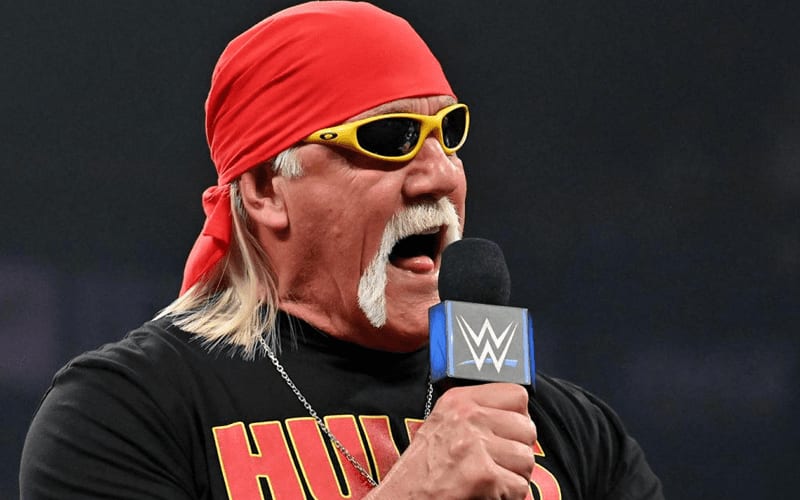 Hulk Hogan will be on WWE RAW tonight. The company’s Legends Night is bringing back a ton of names from the company’s history, but that doesn’t mean the entire locker room is happy about it.

As The Hulkster spoke to ESPN, he said that returning to WWE is “a mixed bag.” Some Superstars are very happy to have him around, but others seem to give off a cold demeanor.

Hulk Hogan doesn’t really understand why younger Superstars are cold to him. He has long retired from in-ring action and isn’t looking to take their spots. There are still others like Edge and Seth Rollins who are happy to see him.

“It’s a mixed bag. Some people I get a really warm reception from. Some of the younger guys are really cold to me, like I’m coming to steal the main event. And I’m like, ‘I can’t do this anymore, guys! I’m not a threat!’”

“Going back with all the legends will be a lot of fun. When I’ve gone back before by myself, there have been certain wrestlers, like Edge and Seth Rollins, that have told me to my face that the only reason they got into this business was because of me.”

“The newer kids … I don’t think they know who I am all the way? The wake-up call that really got me was with ‘Stone Cold’ Steve Austin. We weren’t really close at all, but over the last few years have become good friends. It caught me off guard when he called me one day, and we’re chatting about cars or something and all of a sudden he goes, ‘Damn, Hogan. I was on the internet the other day and I can’t believe all the stuff you did in your career!’ When Stone Cold didn’t realize that I did “The Love Boat” and Johnny Carson, then I understood why the young people didn’t know.”

Hulk Hogan can be a polarizing character. He’s even been said to dine and dash. Some Superstars might not necessarily love having him around and it has nothing to do with him taking their spot. The Hulkster’s racist rhetoric is still in the minds of many people.

WWE RAW will be a show full of faces from the past. Hulk Hogan will be a part of the show, but he’s not taking anyone’s spot on the current roster. Hopefully, WWE can do something with their first RAW of 2021 to encourage fans to tune in next week as well.