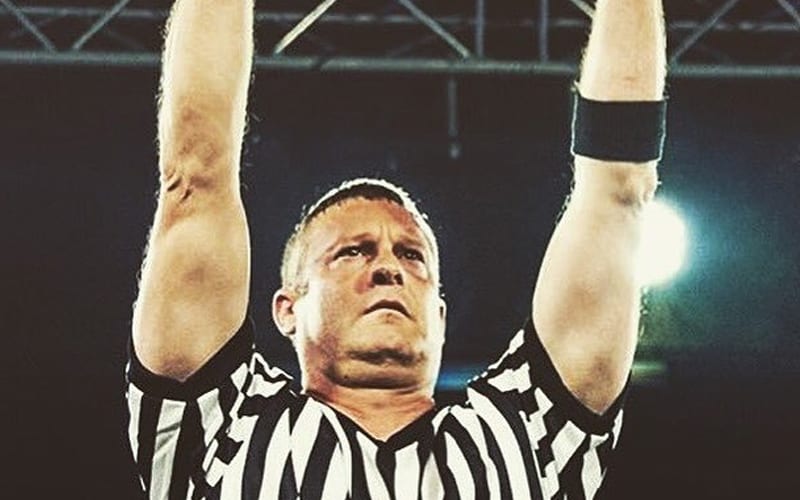 It seems that the NWA is losing people at a somewhat frequent rate now. We can add Brian Hebner to that list.

It was previously reported that Hebner dropped a cryptic tweet. Now we have a much better idea what he meant by that. The son of legendary referee Earl Hebner is now a free agent.

Brian Hebner tweeted out his thanks to the National Wrestling Alliance, but he has left their organization. Hebner said he will push forward after his NWA departure. Now we will have to see where he ends up.

Thank you to all you great wresting fans and just supporters of are sport. I will move on from @nwa and push forward. Find ways to do what I do and make a stamp. Thank you guys so much.

There are a few places Brian Hebner could be of use. It will also be his decision whether or not he wants to continue as a referee. The future is open for him now as his name adds to the list of individuals who have left the NWA in recent memory.