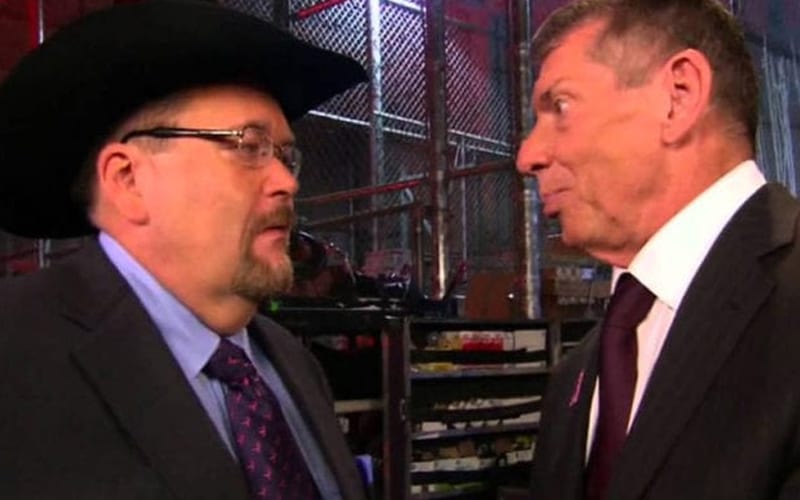 Vince McMahon runs every aspect of WWE and that requires many hours of work a day. He is constantly working and that means he can’t even care about Christmas. Jim Ross is a bit concerned for McMahon’s health.

During Grilling JR, Jim Ross spoke about Vince McMahon for a second. He has concerns for his health at this point. McMahon is a workaholic and that likely won’t stop until he passes on. JR would still likely prefer to see Vince McMahon take it easy for his own benefit.

“You wonder sometimes how intense he is and how busy he is and the responsibilities that he has running a massive publicly traded company. Like, if it’s getting to be too much. I don’t know the answers to that question. I’m a lot more concerned about his health than him being able to continue running the company, but he will run that company until they bury him.”

Jim Ross knows a lot about Vince McMahon and he has witnessed his work ethic firsthand. He also knows that hard work has to stop sooner or later. It is a constant grind for Vince McMahon and the 75-year-old Chairman shows no signs of slowing down.