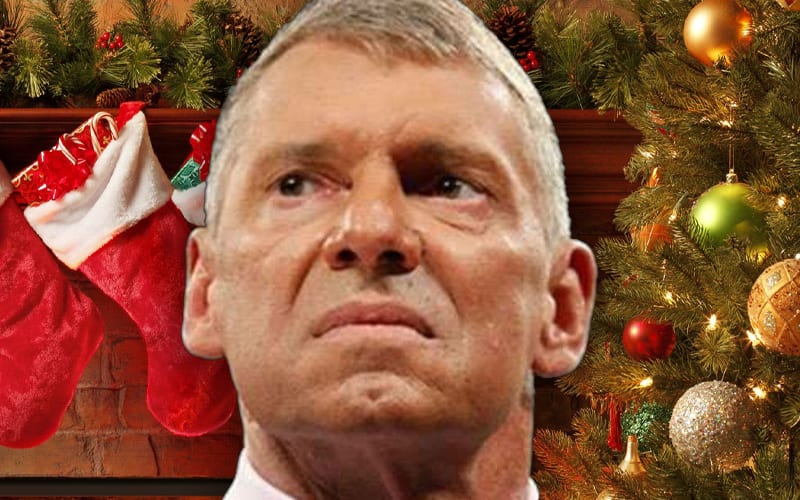 Vince McMahon is the Chairman of WWE, but he can also be quite a Grinch. Apparently, he couldn’t give a sh*t about the most wonderful time of the year.

WWE generally holds Christmas themed episodes around the Holidays. Superstars will be festive and say “Merry Christmas,” but that might not be the same mood in the Gorilla Position.

During a recent episode of Grilling JR, WWE Hall Of Famer Jim Ross said that his old boss, Mr. McMahon “could give a sh*t less about Christmas.” McMahon is so focused on work that it’s just another day of the week to keep grinding.

“McMahon could give a sh*t less about Christmas. He’s all work, he’s all business if Christmas is a day that they’re going to run a live show, which I’ve worked many Christmases and Thanksgivings. McMahon’s favorite holiday is Thanksgiving, bottom line. He can mentally justify eating cake and pie, and his wife’s a great cook.”

It’s easy to get consumed in your work, especially for someone like Vince McMahon. The days blend together and the goal is to always get more accomplished. That doesn’t leave much time to sit around and sing Christmas carols, no matter how jolly of a singing voice Vince McMahon has.

WWE is giving their SmackDown crew Christmas Day off this year. They will still air a brand new episode which will air on Fox on Christmas night. We will have full coverage here at Ringside News.

You can check out a segment from last year’s Christmas episode below where “Mr. McMahon-ta Claus” announced the Women’s Tag Team Titles, another thing he doesn’t seem to care much about.