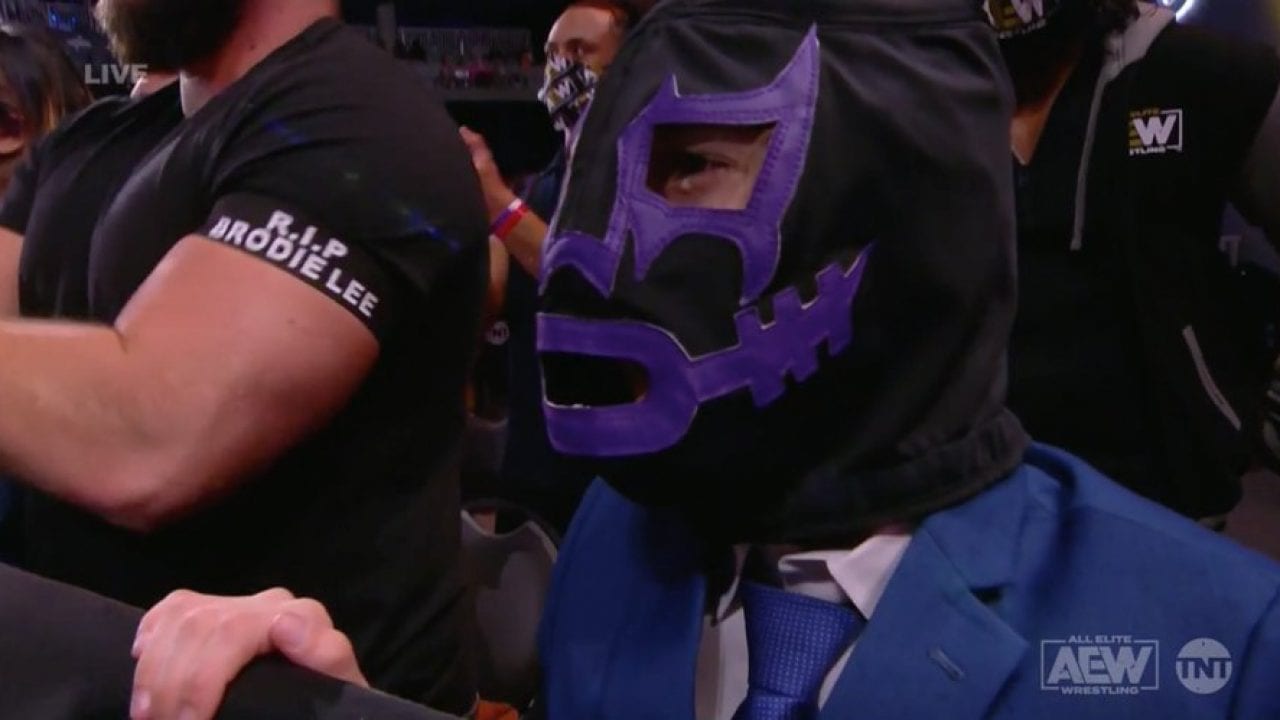 The recent episode of AEW Dynamite was a special tribute show, celebrating the wonderful life of Brodie Lee. One of the matches for the episode featured Matt Hardy teaming up with Private Party taking on The Young Bucks and Colt Cabana.

Hardy’s team ended up losing the match, but it seems he definitely had a great time hanging out with Brodie Lee Jr. backstage.

Brodie Lee Jr. was featured throughout the show, where he even hit MJF on the head with a kendo stick.

Matt Hardy took to Twitter and said that Brodie Lee Jr. is his new favorite wrestler, Hardy then teased a match between Brodie Lee Jr. and his son King Maxwell.

Hardy predicted that both of them will be top stars in twelve years and can settle their differences inside the squared circle.

Not gonna lie – I was super excited to get a pic with my new favorite wrestler, -1! Sorry, King Maxel.. The two of you can settle this 12 years from now when you’re both working on top.

Hardy also sent another tweet, where he stated that his son and – 1 will face off in the ring and the world will rejoice, adding that the build has already started.

One day, -1 will wrestle King Maxel & the world will rejoice. The build has started. Remember this tweet.

We wonder whether Hardy’s prediction will turn out to be true eventually.