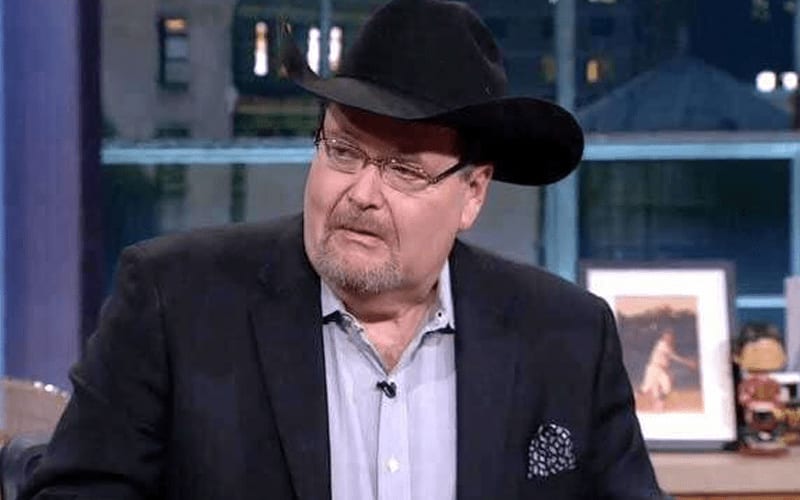 WWE Hall Of Famer Jim Ross is a legend in the world of professional wrestling. He was a mainstay as part of the commentary team in WWE for several years.

Now it seems Ross has revealed what really happened when he was fired by WWE after being the host to a video game panel in 2013.

During SummerSlam 2013 week, Jim Ross was the moderator for a WWE 2K14 roster announcement with several legends of the company. Ross was suspected of being inebriated during that time and Ric Flair was under suspicion as well.

Ultimately, Ric Flair remained with WWE while Jim Ross was fired a month later. During the latest episode of his Grilling JR podcast, Jim Ross revealed that he actually did drink too much before attending the panel discussion, admitting it was a bad decision on his part.

“I had a couple of drinks but I wasn’t drunk. That was the story and that was a lie. That was cover your ass shit. When I got to the shoot, I was the host, moderator, whatever and I went to the ‘green room’. The liquor was flowing like water. I thought, ‘Oh, this is gonna be interesting.’ A lot of the guys that did drink had drank too much Ric Flair and I, I guess, were considered two of those guys.”

Ross noted that the event was very disorganized and that he also understood why WWE decided to fire him over a wrestling legend such as Ric Flair.