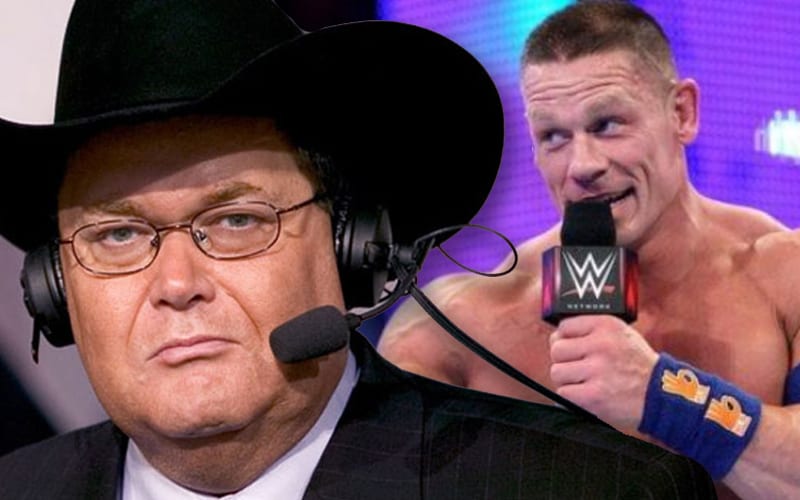 John Cena’s name is now arguably bigger outside of WWE than it is within the company. The same is certainly true when you’re talking about The Rock. Jim Ross was there when WWE brought both of those men into the company and he can see the same potential in some AEW talent.

During Wrestling Observer Radio, Jim Ross spoke about the potential that they have in the AEW locker room. He helped bring in huge names like Cena, Rock, Brock Lesnar, and Steve Austin. He knows what it takes to have that special spark, and Good ‘ole JR sees that same promise in AEW’s roster. It will just take a bit of time.

“You know the way I tried to get talent during the Attitude Era, we succeeded. We made a lot of stars in that company at that time. We made millions of dollars and Hall of Fame level and all that good stuff.”

“It’s a process nonetheless. It can happen at any time. Lightening can strike with a Steve Austin or a Dwayne Johnson type guy. That’s a once-in-a-lifetime thing, or at least I thought until I signed John Cena and Brock Lesnar. So, it happened, but it’s rare.”

AEW got off to a great start as a company, and that momentum has only continued. We’ll have to see what happens in 2021, but Jim Ross wouldn’t be surprised if he is calling matches for AEW talent today who will go on to be mega stars throughout the entertainment world.