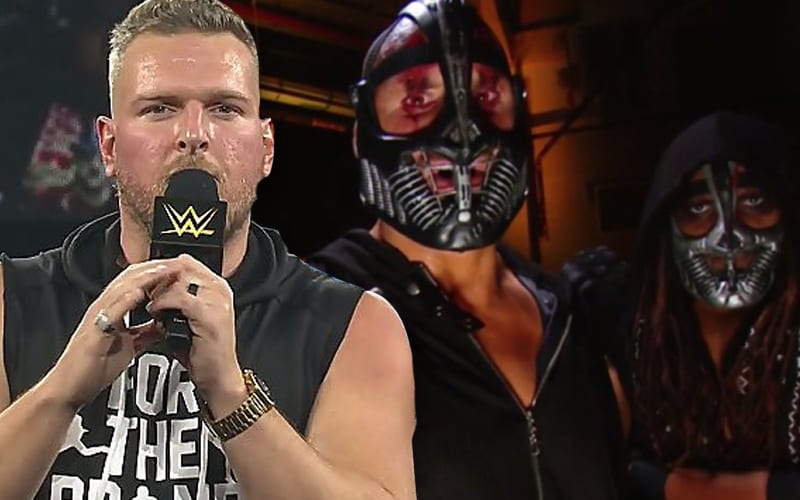 WWE’s NXT brand apparently told Pat McAfee that his services aren’t needed for now. It was not McAfee’s call. He was pulled from television and hasn’t been heard from since WarGames. Pat McAfee could have a tempting offer waiting for him elsewhere.

Pat McAfee tweeted out that “I think I got fired on Christmas.” He also included several headlines about NXT pulling him from their program.

Several people noticed this tweet from McAfee including Retribution’s Mace who had a very interesting response.

Pat McAfee could have a bone to pic, but it’s likely not against the same people Retribution wants to take down. It is still very interesting to consider the thought of Pat McAfee joining up with Mustafa Ali’s band of jaded talent.

That just leaves us to wonder what Pat McAfee’s Retribution name would be.