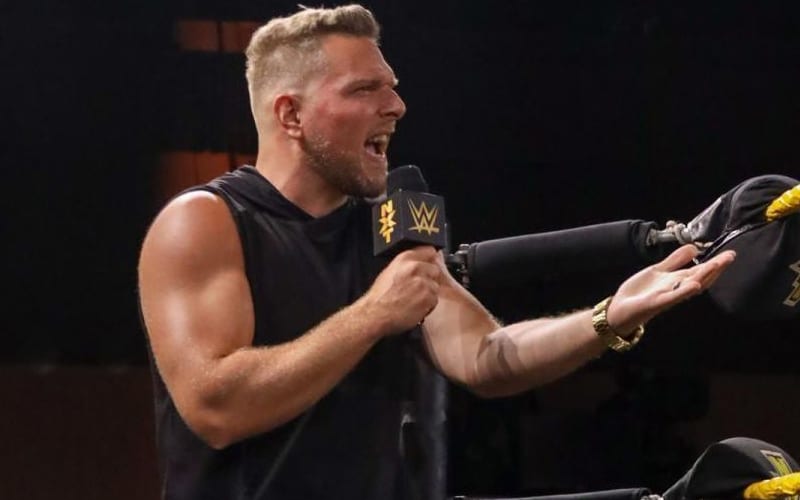 It was reported in the Wrestling Observer Newsletter that WWE has pulled McAfee from television. It was specifically noted that this was not McAfee’s call.

The impression is that he will be off television until the spring rolls around. It wasn’t noted exactly why WWE made the call the pull Pat McAfee from NXT television. His promos were conssitently up there with the best in the black and gold brand.

We’re told McAfee will be off TV for a while. It was WWE’s call, not his. No exact time frame was said, but we’re told he was given the impression it’ll be the spring.

CM Punk even commented that everyone in NXT should be embarrassed that Pat McAfee’s promos outshined anyone else from the brand. It will be interesting to see when Pat McAfee is able to make a return and how they use him. Fans will apparently have to wait.