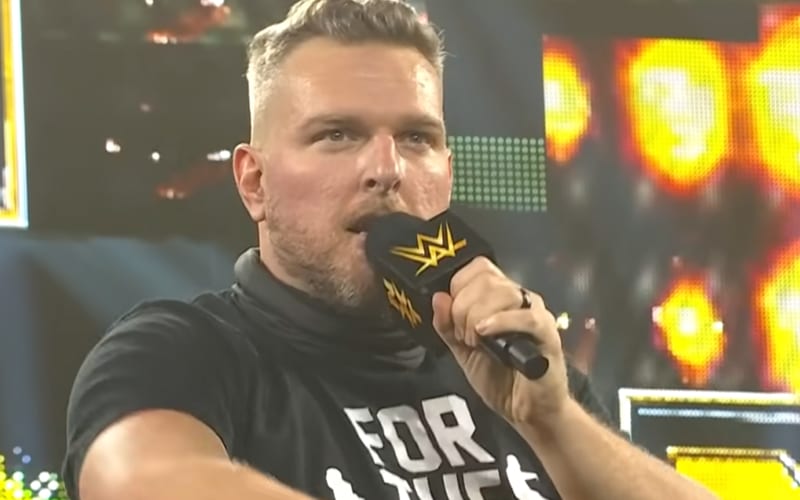 Pat McAfee lit up WWE’s NXT brand, both in the ring and on the microphone. His promos were so good that CM Punk said other NXT talent should be embarrassed that he was the best talker on the brand. Then he disappeared after NXT TakeOver: WarGames.

A report came out this week saying that WWE decided to pull McAfee from television. It was noted that this was not a decision made by the former NFL player, but one made by those in charge at NXT.

Pat McAfee saw his name grab a lot of headlines and he had to comment. He didn’t confirm or deny the story, but he post a bunch of those headlines with a single caption.

“I think I got fired on Christmas.”

Pat McAfee wanted to be a WWE Superstar for a long time. His hard work to perform in the ring obviously paid off. Hopefully, the story isn’t over for McAfee in the squared circle. Getting “pulled” from television was apparently news to him.