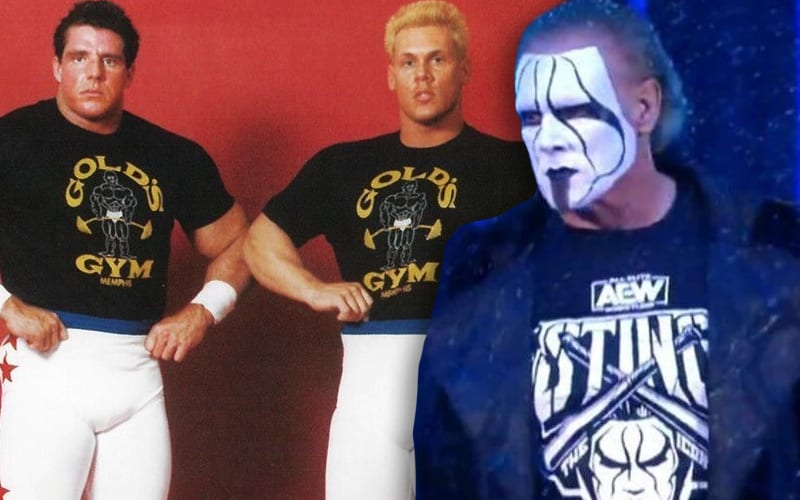 Sting and the Ultimate Warrior started out their pro wrestling careers as a tag team. A lot of fans know this, but they might not realize just how awful that team was.

While speaking to AEW Unrestricted, Sting went into the early days of his pro wrestling journey. He spoke about getting paired up with the Ultimate Warrior and how Jerry Jarrett gave them a call; and their first real opportunity in the pro wrestling world.

Despite wanting to get the hang of things, it just wasn’t working out. Sting said his team with Warrior was so bad that Jarrett let them go about three months after convincing them to make a drive across the country from California to Nashville.

“It was short-lived. We tagged for maybe 12 months or so. 3 months with Jerry Jarrett. We were so bad. I had separated my shoulder and Jerry Jarrett said, ‘you guys gotta wrap it up.’ Jim [Warrior] was out in the ring doing something because he wasn’t injured, I was injured. I’m in the back and Jerry said, ‘I gotta finish you up,’ and I’m like ‘finish us up, what does that mean?’ He said, ‘I gotta let you go, but I’m gonna place you guys with Bill Watts’ UWF.'”

“So, we went to the UWF and wrestled there for 9 months or so. Then he [Warrior] split off and went to World Class, became the Dingo Warrior and then in WWE where he became the Ultimate Warrior and all that. I ended up in WCW.”

Sting and Ultimate Warrior split up after that, and the rest is history. They also both ended up in the WWE Hall of Fame, but not as a tag team. There is a reason for that, because they were not a good team.

Sting didn’t have anything negative to say about The Ultimate Warrior, but they were certainly there during a time when each of them were just figuring things out.