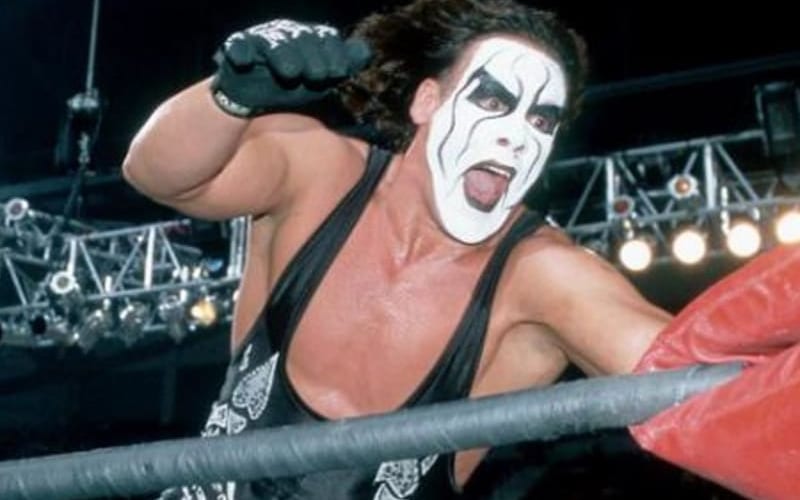 Sting has witnessed many historic moments go down in pro wrestling history. He was also a part of a few of them. WCW was once on top, and winning the Monday Night Wars. Then they were chopped up, and sold off. Sting won’t forget how the narrative changed from Turner.

While speaking to AEW Unrestricted, he revealed that Ted Turner told the WCW roster that he like wrestling and has “some deep pockets.” That is what kept WCW going for years, even when they were losing money.

WCW started generating a profit, and then Turner lost the control to protect them. That led to the eventual sale of WCW, and Sting also remembered how it felt to be a second class citizen once again.

“I mean I remember Ted Turner meeting with us in the very beginning and it was like ‘I’ve got all these suits and ties around me and they don’t like you wrestlers because we’re always in the red, but you know I tell them? I tell them that I like wrestling and I got some deep pockets. So, you guys just keep doing what you’re doing,’ you know?”

“The billionaire, in the end, didn’t even know what was going on. We were put on the chopping block and sold for next to nothing. So, we’re second-class citizens and then we finally make it, and then we get bought out and it’s over and done and you disappear like a puppy with its tail between it’s legs. That was just a horrible time for me.”

Sting spoke to Vince McMahon about coming into WWE, but that didn’t happen so soon. The Icon decided to sign with TNA first, a decision that caused Vince McMahon to yell “BLEH!” over the phone.

AEW signing Sting meant that he returned to TNT, a network where he was once a big draw. We’ll have to see what’s in the future for TNT, but AEW’s expansion guaranteed that the company isn’t going away for years.