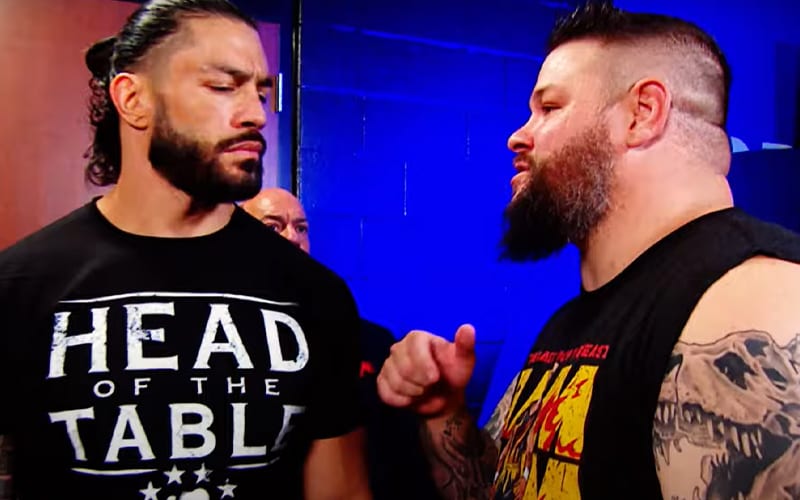 Kevin Owens and Roman Reigns have been currently engaged in a feud for the last few weeks. The two recently competed against each other at WWE TLC. Reigns retained his WWE Universal Title with some assistance from Jey Uso.

It seems in real life, Owens has a great deal of respect for The Tribal Chief. During a recent interview with Fightful, Owens revealed what he admires about Roman Reigns.

The former Universal Champion mentioned that Reigns does not have a locker room of his own, stating that Reigns was always ”just one of the boys.”

“I’ve always admired Roman a lot, for a lot of reasons. To me, no matter the amount of success he achieved and how he clearly was the face of the company, he was always just one of the boys. He never had his own locker room like other people would. I’m talking like, you can pretty much peg their own locker room when they come around. Those are the guys who come once in every blue moon, but there were guys on our roster that were there every day and they had their own locker room and it just blew my mind. Roman was never one of those guys. Now the situation is different, obviously, because of the entire process. I’m not sure if he has his own locker room or if he’d still be in ours, but that’s something I always admired about him.”

Owens further added that despite being the face of WWE for so long, Roman Reigns stayed humble and true to his roots, which Owens admires.

Kevin Owens is scheduled to face off against Roman Reigns for the Universal Title in a steel cage match on the Christmas edition of Friday Night Smackdown.