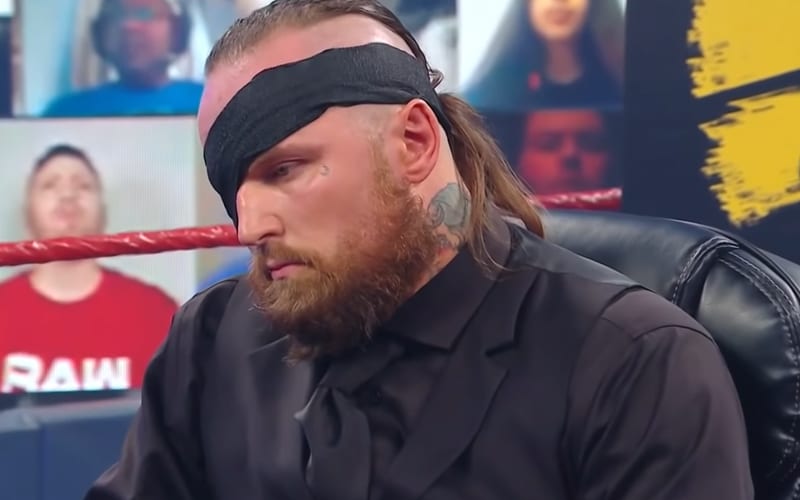 Aleister Black hasn’t been featured much at all in recent memory. It seems that the man, who once had a lot of fans anxious to see him on top of WWE, has fallen out of Vince McMahon’s favor. Kevin Owens doesn’t like that at all.

Black is married to former WWE Superstar Zelina Vega. His issues with booking in WWE started well before the company released his wife.

While speaking to Fightful, Kevin Owens brought up Aleister Black. The two had a brief feud, but it didn’t really go anywhere. Owens saw Black’s passion for pro wrestling and agrees that he’s far too talented for WWE to let him fall off the map.

“He’s (Aleister Black) a very creative guy, really imaginative and very passionate as well about his own personality, imagine, character, and the way he’s portrayed. That’s something you gotta do and be accountable for yourself sometimes because it’s easy to get lost in the shuffle. That might have happened to him over the last year. I’m sure he’ll bounce back because, to me, the little I’ve interacted with him, he’s too passionate to fall by the wayside.”

We’ll have to see if 2021 has more in store for the former Tommy End. The pro wrestling world is always evolving, but there hasn’t been much room in WWE for Aleister Black.

The former NXT Champion was brought up to the main roster along with Ricochet, Tommaso Ciampa, and Johnny Gargano. Following Ciampa’s neck injury, Gargano was sent back to NXT. Ricochet and Black were a team for a minute, but then WWE split them up. Now fans will have to wait to see what happens next.