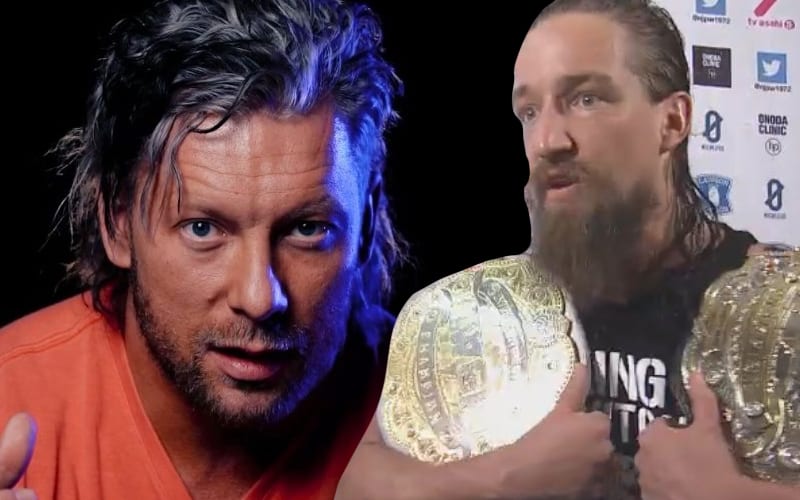 Kenny Omega is the AEW World Champion and AAA Mega Champion, but he’s not done yet. He toyed with the idea of becoming a Belt Collector in recent memory. The Cleaner isn’t the only one with that idea.

Jay White recently spouted off in an interview for NJPW that he already has the two best belts in pro wrestling, so there’s no point of collecting any more. He also declared himself as a Belt Collector in the process.

“I’m like a belt collector. Then again, these two belts right here are the most valuable in our entire industry. So I guess there’s not really any point in going anywhere else to try and collect anymore.”

Kenny Omega replied to this comment by inserting an animated gif of a laughing Arnold Schwarzenegger along with a caption saying: “Calm down, guys, he’s just playing around.”

Someone said that White has a 1-0 record against Omega, but The Cleaner replied to clear up the situation. “We’re 1-1 and I’ve got no beef with Jay. Even Steven,” Omega said.

They might be 1-1, but an even record could give them more incentive to eventually settle things with a rubber match.

We’ll have to see if Kenny Omega and Jay White ever get around to facing each other again. AEW and NJPW don’t appear to be close to a working agreement at all right now. You also never know what can happen as we turn the calendar to a new year.