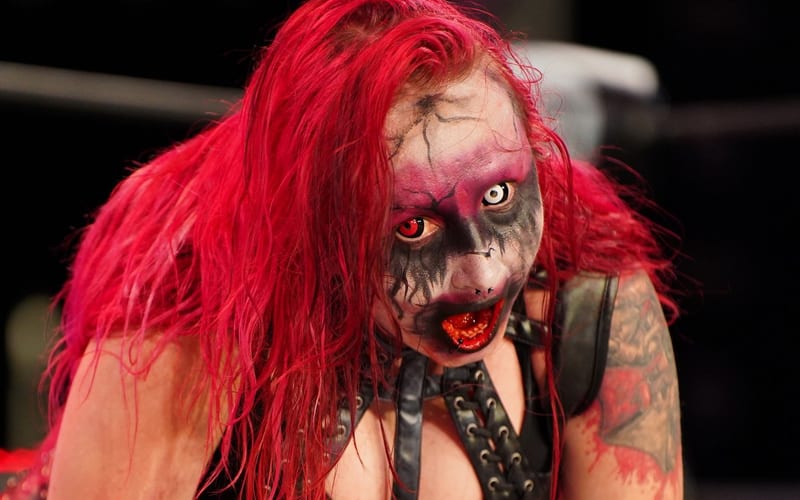 Abadon made a big mark this week, especially on Hikaru Shida’s neck. The Living Dead Girl bit a chunk out of Hikaru Shida’s neck during AEW Holiday Bash, and that will result in a match next week. In the meantime, Abadon has something to say about anyone who wants to body shame her.

Abadon saw that some fans were throwing shade at Chris Jericho for looking a little heavier around the Holidays. She didn’t let that bother her, nor is she going to let anyone else throw shade at her appearance.

AEW’s resident zombie has spoken out about body shaming in the past. She was told by Al Snow once that she needed to be prettier to get bookings.

Abadon’s tweet received some unique replies. A running joke could be that Abadon isn’t about body shaming when she’s so keen to take a bite from someone’s neck. We’ll have to see what’s next in this situation, but Hikaru Shida and Abadon will face each other next week with the AEW Women’s World Title on the line.