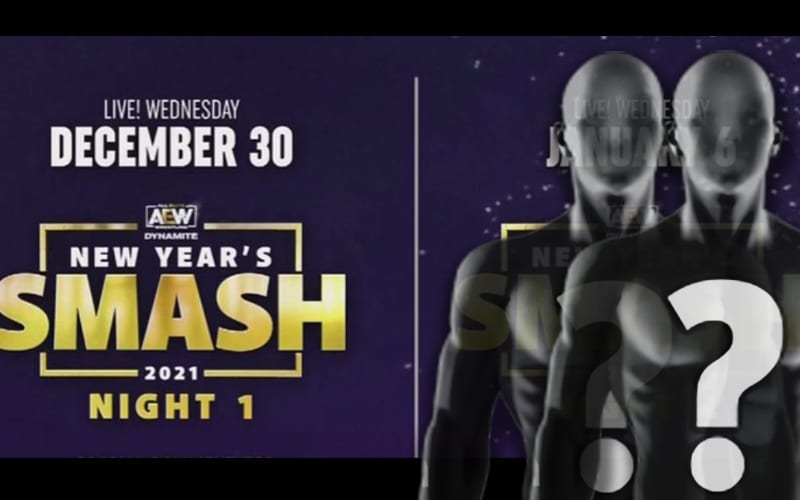 AEW will present specials for the next two weeks. New Year’s Smash night one and two should be big episodes. They announced a few matches for each card during their Holiday Bash event.

Click here for our complete coverage of AEW Holiday Bash

The company previously revealed that the AEW World Title will be on the line during the first night of New Year’s Smash. Kenny Omega will take on Fenix. Hikaru Shida will also defend the AEW Women’s World Title against Abadon.

Jake Hager will also take on Wardlow on December 30th. Jon Moxley is slated to make his return to AEW television as well.

Night two of AEW New Year’s Bash will see the TNT Title on the line. Darby Allin will take on Brian Cage on January 6th. Cody Rhodes will take on Matt Sydal, and FTR vs Jurassic Express will go down as well.