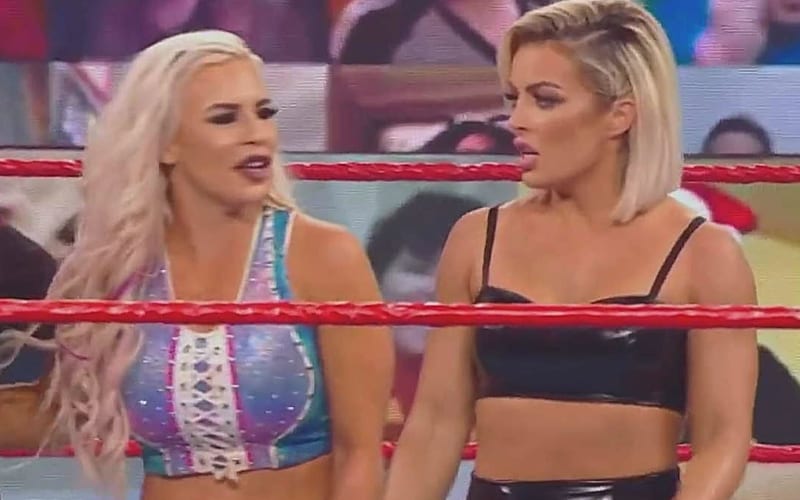 For the past few months, Mandy Rose has been teaming up with Dana Broke on Monday Night RAW. While the two are good friends in real life, Rose recently revealed that she had doubts about forming a tag team with Brooke when their angle started.

Prior to them becoming a tag team, the two had very different angles in WWE. Mandy Rose was involved in a huge storyline with Otis and Sonya Deville, while Dana Brooke was barely featured on WWE television.

While appearing on Lilian Garcia’s Chasing Glory podcast, Rose discussed a variety of topics. Among them, she talked about her partnership with Dana Brooke. Rose revealed that she actually wanted to be a singles star after her break up with Sonya Deville back in March of this year.

“I was a little bit, like, not discouraged to be in another tag team, but I was, like, worried, like, is everything okay? Did I not have a good match, or did something happen?” Mandy Rose said.

“We all know the plans change, you know, day by day. So, I was just… I wasn’t getting answers. I wanted clarity of, like, what’s going on. So, when they finally told us we were going to be in a tag team, I went, ‘Okay, good.’ It’s something, you know?”

Rose ended it by saying that following one of the biggest wins of her career against Deville at WWE SummerSlam, she thought the company would capitalize on her momentum as a singles competitor instead of placing her into another tag team.

We will have to see what is planned for the tag team.