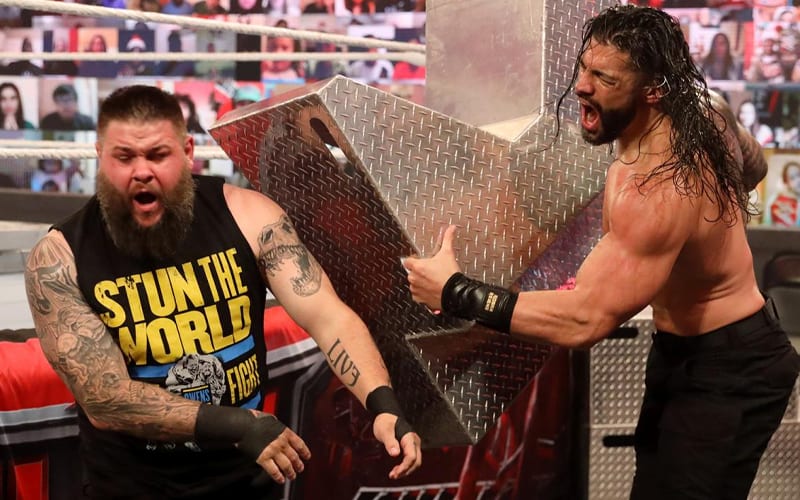 Kevin Owens took a lot of punishment last night at WWE TLC. He went through tons of tables and took plenty of bumps. After the match was over, Roman Reigns was still the Universal Champion. It was a pleasure for The Tribal Chief.

Kevin Owens sent out a very simple three-word tweet after TLC was over. He said: “Thank you all.” This was a blanket statement, so we’re not 100% certain who Owens was thanking.

Roman Reigns saw that tweet, and he obviously thought that Owens was talking to him. The Tribal Chief replied back saying: “Our pleasure.”

Reigns had some help from Jey Uso last night. If not for Jey Uso, Roman Reigns might not have pulled down the big win at TLC. The match was a brutal encounter that told a true underdog story. Unfortunately for Kevin Owens, this was not the kind of story where the underdog won.

Roman Reigns wasn’t injured after his match, because he’s just that good at selling. We’ll have to see if Owens is legitimately limping on SmackDown this week. They tape the Christmas Day episode on December 22nd.