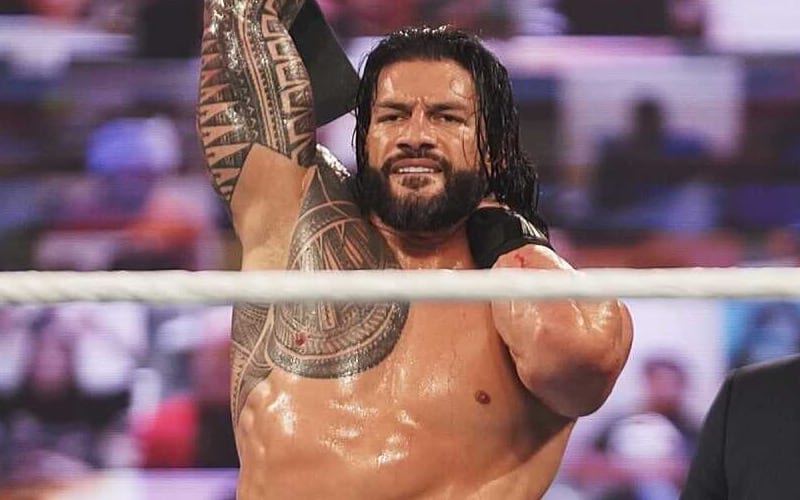 Roman Reigns retained the WWE Universal Title at TLC, but he took quite a brutal beating in the process. Kevin Owens did not go light on him in the ThunderDome. We have an update on the Tribal Chief’s condition.

According to Fightful Select, Roman Reigns was seen “favoring his shoulder” during his match against Kevin Owens. At this time, they’re told that he’s going to be okay.

Roman Reigns was fine after his match when he came through the curtain. This is not a situation one should worry about. The Tribal Chief is going to be okay.

When asked about whether Roman Reigns was working hurt, the reply they received was: “Roman’s just good at his job.” Reigns was selling that shoulder and that’s all there was to it.