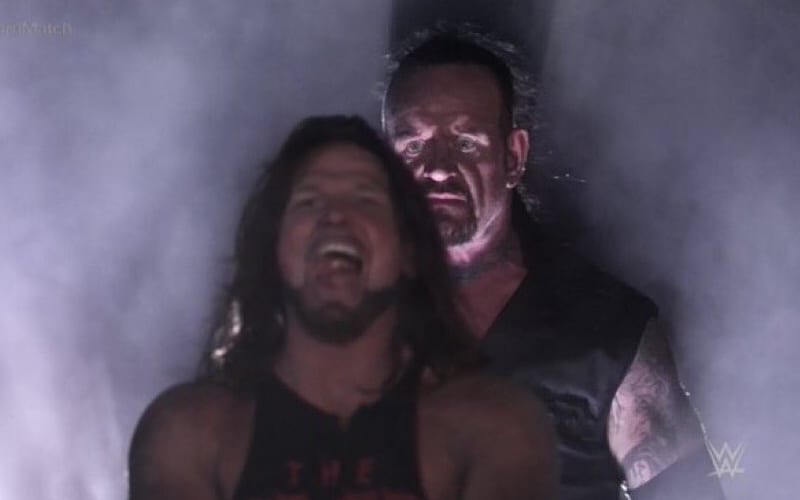 AJ Styles faced off against The Undertaker in a Boneyard match at WrestleMania 36 earlier in the year, where The Deadman defeated Styles.

The match was a resounding success and received a lot of critical praise from fans and Superstars alike. However, it ultimately became The Undertaker’s final match in the company.

AJ Styles recently spoke to Inside The Ropes, where he opened up about his WrestleMania 36 match against The Undertaker. He revealed that nobody knew that their Boneyard match was going to be The Phenom’s last match in WWE.

The Phenomenal One added that he thinks even The Undertaker himself did not know it was going to be his final match. Styles then revealed that he even phoned up The Phenom a month after the match in order to confirm he was done wrestling.

“Well, as far as the match and him thinking that was going to be his last, I don’t think he knew, nor did I, that that was the one that he needed to end on.

“It just kind of happened and, you know, I literally called him a month after WrestleMania and said, ‘Listen, I need to know if you’re done.’ And, well, he never called me back because I think he was afraid that I’d try to talk him into one more.”

The Undertaker effectively hung up his boots last month at WWE Survivor Series. We wonder what is next in store for The Deadman.