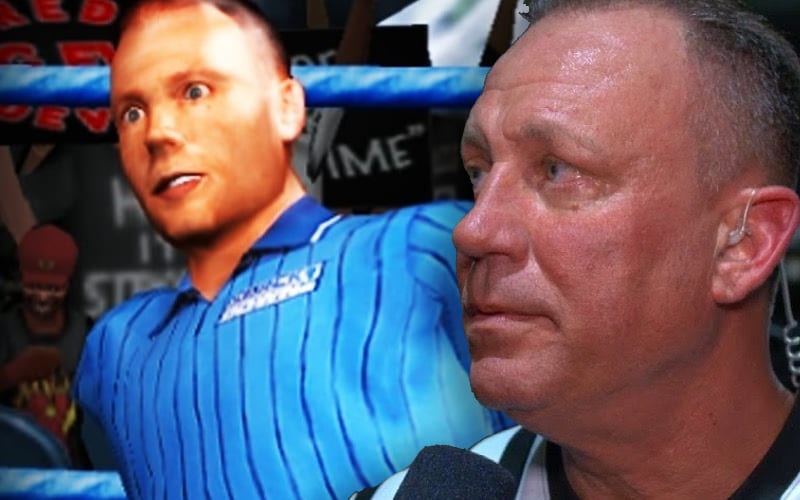 WWE wants to control their Superstars’ outside activities, but the same applies to referees.

Former WWE referee Mike Chioda recently spoke to Wrestling Inc about how the company wants total control. They used him in a video game, one of the SmackDown releases, but then he asked for royalties. He was told that no royalties were coming his way and he was also yanked right out of the game.

Chioda went on to say that WWE should take care of their referees. The company owns a few of their names, but Chioda was lucky that they let him use his legal name while with the company.

“You’re tied down at WWE. You couldn’t get royalties off of video games because they wouldn’t let us in the video games. They let me in for a little while, and then once I was talking about, ‘Okay, where’s my royalties?’ They took me right out of the game. I was in the SmackDown video game, and I was talking to Johnny [Ace] about it. I said, ‘Johnny, I’ve been here for quite a while. It’s not like I’m just a referee that came in here for two years or three years,’ and he’s like, ‘Nah just not doing the referees.’ And I said, ‘Wow.’ It’s a little uncomfortable because when you hear all the boys are making a lot of money off the royalties, which so be — I mean, I own my own name.”

Some fans don’t think about referees, but they are a valuable part of any match. The company apparently overlooks them at times as well.

Referees are signed to deals much like Superstars, but they are obviously a bit different. The company also stopped referring to a lot of referees by name on television. All of those things very well could be connected.