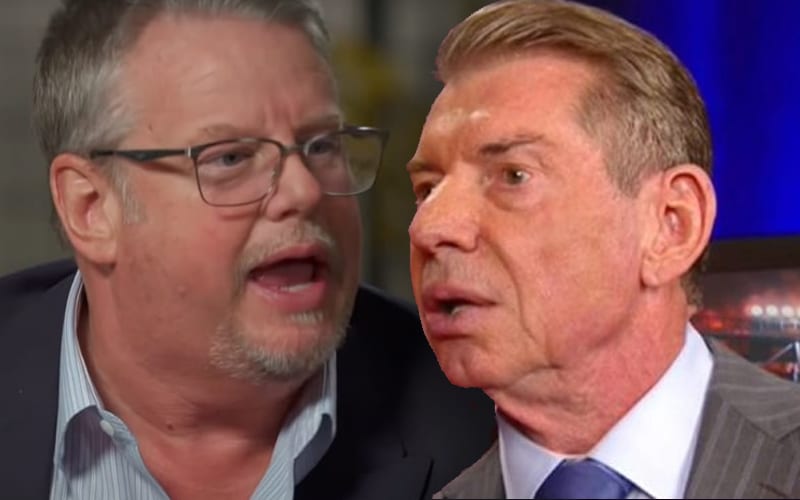 WWE drew the lowest viewership in the history of the longest running weekly episodic television show in history, Monday Night Raw. The company realizes that this is not a good thing. There are also a lot of stories going around about what they are doing about it.

We previously covered that the report about USA Network asking for darker content was debunked.

Ringside News asked around about this, and we were told the report was “complete bullsh*t” as well. That might disappoint a few fans because some were hoping to see WWE step away from their family friendly content.

We were also told that “of course they’re upset” because “nothing sits well with Vince McMahon if the narrative is negative.” McMahon lives in the WWE bubble, but he sees the ratings.

The issues are with who Vince McMahon trusts to help him make decisions. Bruce Prichard is a “yes man.” Vince McMahon likes what Prichard has to say. The Executive Director of Raw and SmackDown always tells McMahon what he wants to hear.

Prichard was described to us as the second most powerful man in WWE outside of the McMahon family. Executive Vice President of Television Production Kevin Dunn holds the top spot outside of Vince McMahon’s relatives

The issues of leadership breaking down within the company is also a point to discuss. This matter has been creeping into the greater conversation in recent memory, but Ringside News exclusively reported in June that the “inmates are running the asylum.”

It wouldn’t be a huge surprise to see Vince McMahon do something drastic. We are two years removed from when the McMahon family gathered on Raw and announced that fans are the real authority now.

“Vince will make his move and nobody will hear about it in advance,” one tenured member of the creative team told us. Any talk of what WWE is going to do until McMahon makes it known is simply a projection.