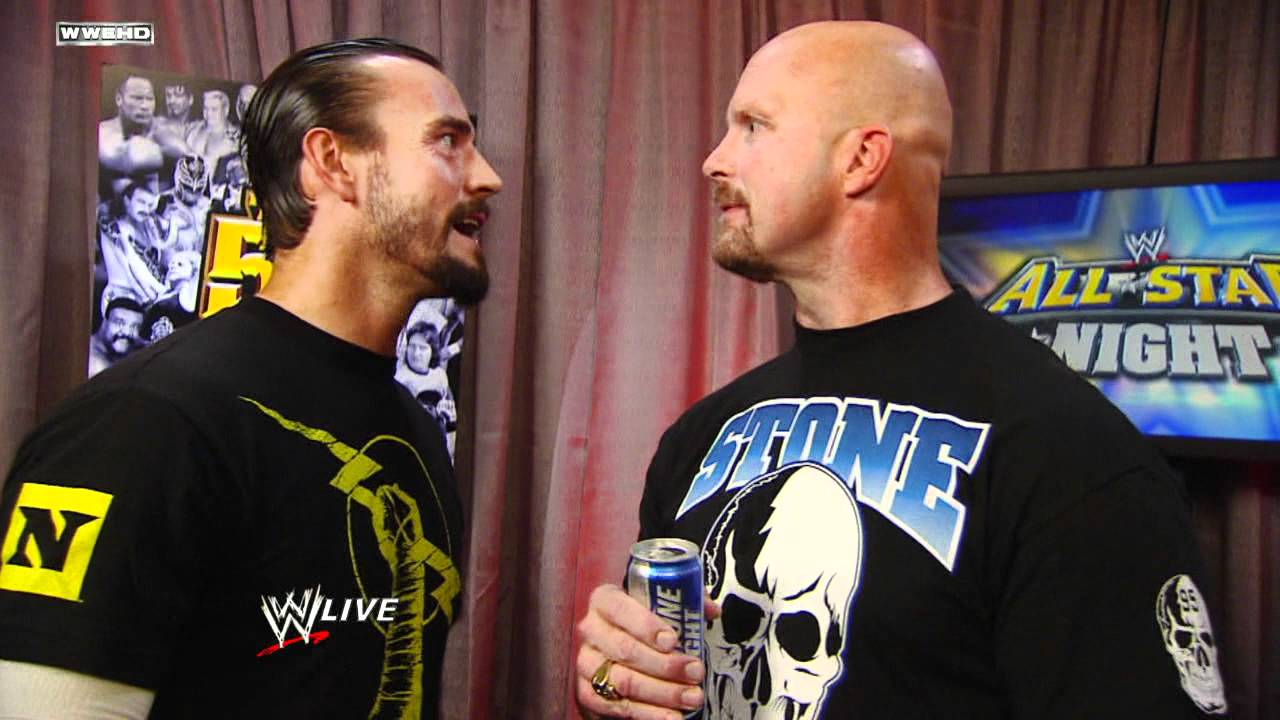 For many years, WWE fans have wanted CM Punk and WWE Hall Of Famer ‘Stone Cold’ Steve Austin to square off inside the ring. Both were against authority figures during their time as active Superstars, with many even comparing Punk to Austin, but that match never happened.

Steve Austin recently took to Instagram and shared a photo featuring CM Punk. It was a throwback post which had two pictures of himself with CM Punk. One was taken more than two decades ago when Punk was still just a teenager, and the other was a recent picture taken a few years ago.

Austin praised Punk as an in-ring competitor and also on the microphone.

“Throwing it back a couple of years ago and many years ago. First pic is a while back when @cmpunk stopped by my place on the Mean Streets of Los Angle Eze. Marina del Rey to be exact. Same town @georgestrait sang about…

Second pic is after a show at the Rosemont Horizon in Chicago. At the hotel/restaurant we always stayed at when we were in town.
I think it was the Clarion or something like that.

Anyway, Chicago would turn out to be one of my best towns to work. And the Rosemont was my fave building to work because of the acoustics there. You could hear everything instantly and it was loud. Crazy ass fans that you love to work for. The kid I met many years ago did pretty damn good for himself. Great worker in the ring and dynamite on a microphone.”

Punk worked as a frequent guest on WWE Backstage and recently revealed he is open to an in-ring return under certain conditions.