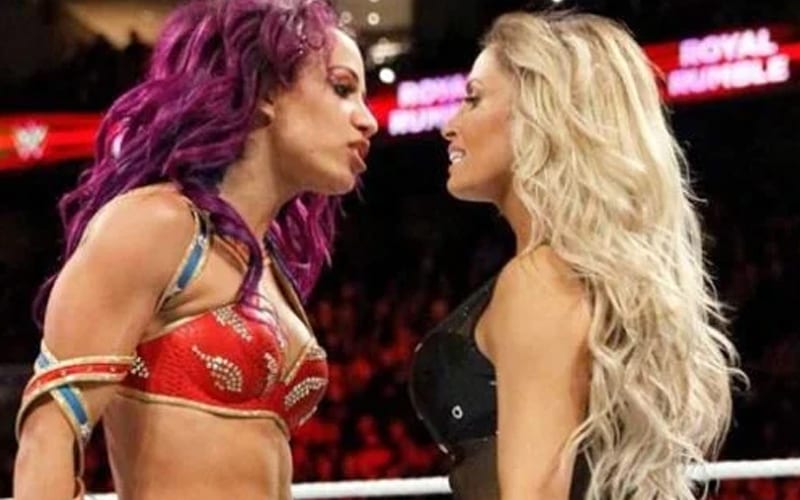 Smackdown Women’s Champion Sasha Banks is arguably one of the top Superstars in the company. She has competed in various high profile matches over the years and has won multiple titles during her time in WWE.

Banks recently spoke to ProSieben MAXX, where she discussed a variety of topics. Among them, she talked about her mindset backstage prior to making her debut in the company.

The Boss said that it was difficult for her to remember exactly what she felt, but Banks was most likely ‘freaking out’, and telling herself ‘not to be afraid’.

“That’s hard to remember. But probably being the person that I was back then, I was probably telling myself, ‘I’m not afraid,’ and probably freaking out. Because ever since I was 10 years old, walking down that ramp was my only dream. Now, here I was in 2015, making my WWE debut. It was so incredible. Now every single week, I’m doing the exact same thing. It’s just so awesome.”

Sasha then talked about who her dream opponent would be. The Boss revealed that she would like nothing more than to square off against WWE Hall of Famer Trish Stratus but there is a catch. A lot of money would have to be involved.

“There’s so many new women, so I feel like there are all these matches I can have, but even with a dream match would be Trish Stratus. I feel we can make it happen one day if she wants to, but we have to get paid a lot of money for that one.”

Banks is currently engaged in a feud with Carmella and will defend her title against her at WWE TLC.