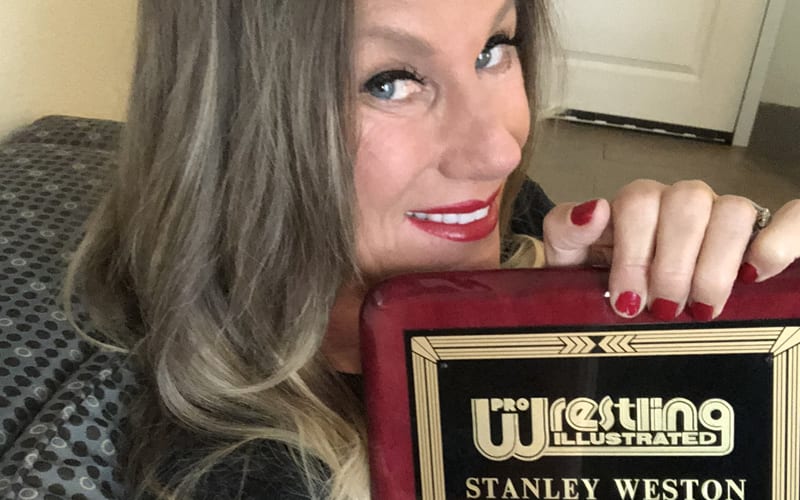 WWE Hall Of Famer Alundra Blayze was a trailblazer for women’s wrestling back in the day. It seems her contribution to the pro wrestling business has been recognized with a prestigious award.

PWI took to Twitter and officially announced that Blayze has been honored with the PWI Stanley Weston Award for Lifetime Achievement in professional wrestling.

Once she received the award, Blayze took to Twitter and expressed her gratitude. Here is what she said:

“It is with great emotion and humbling that my peers chose me with such a prestigious award. It is with great honor to be recognized. It has been an amazing journey in both of my entertainment careers and I’m quite not done yet. As I look back I wouldn’t of been able to be where.”

Blayze competed all over the world, making her mark in WWE, WCW and All Japan Pro Wrestling in the ’90s. She was inducted into the Hall of Fame in 2015 and was a competitor in the Women’s battle royal at Evolution in 2018.