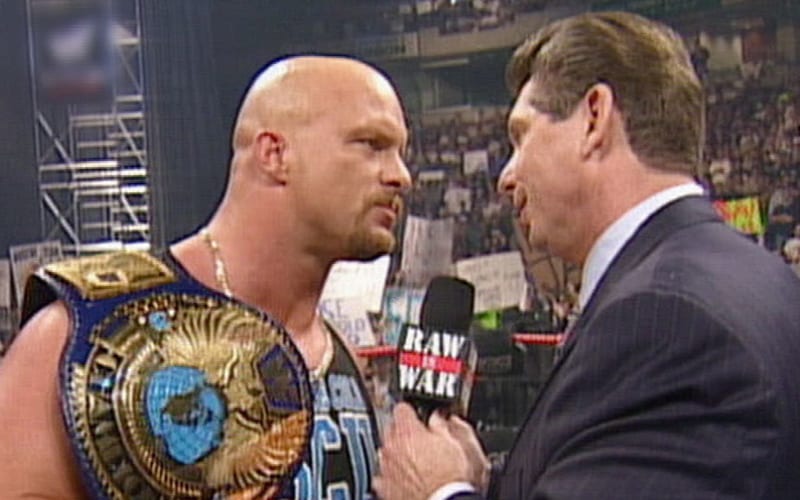 Steve Austin and Vince McMahon had one of the most memorable feuds in pro wrestling history, but how real did that rivalry really get?

While speaking to The Pat McAfee Show, Steve Austin broke down his relationship with Vince McMahon. He said there is nothing but love there between them now. There was a time when the animosity got a bit real, but there was always respect between the two of them.

“Our relationship is strong,” Steve Austin said. “When we were feuding for damn near two years… I love that guy, I’m sure he probably loves me too. But, man, there was, for a shoot, a lot of times some animosity there when I did some of the things I did. I’ve got nothing but respect for the guy and we’re in a real good place.”

Steve Austin made Vince McMahon a lot of money back in the day. No matter how much McMahon and Austin fought on television, the heat from their rivalry kept them going. It’s nice to know that even through their intense feud there is love between them now.