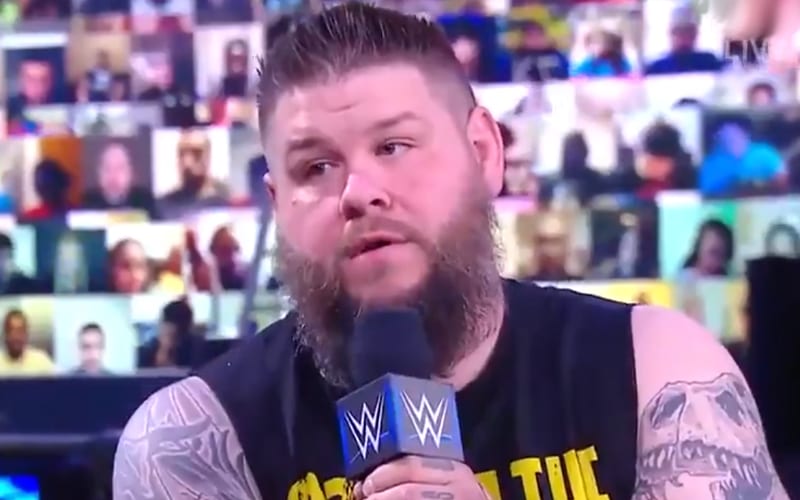 Paul Heyman cut a promo on Kevin Owens before the Fighter was able to come out on the SmackDown post-show. Roman Reigns and Jey Uso literally buried Owens in tables, ladders, and chairs in the closing moments of the blue brand’s show this week.

Kevin Owens came out as the final guest of the night, and he had a lot to say. He said that Roman Reigns is in trouble at WWE TLC. It sounds like Owens is taking that title from the Tribal Chief.

Before Kevin Owens left, he looked at Paul Heyman and delivered a very interesting message. Owens told Heyman to call him after TLC is over with. Then he left.

This was a very intense moment to close out Owens and Reigns’ storyline as they head to TLC this Sunday.