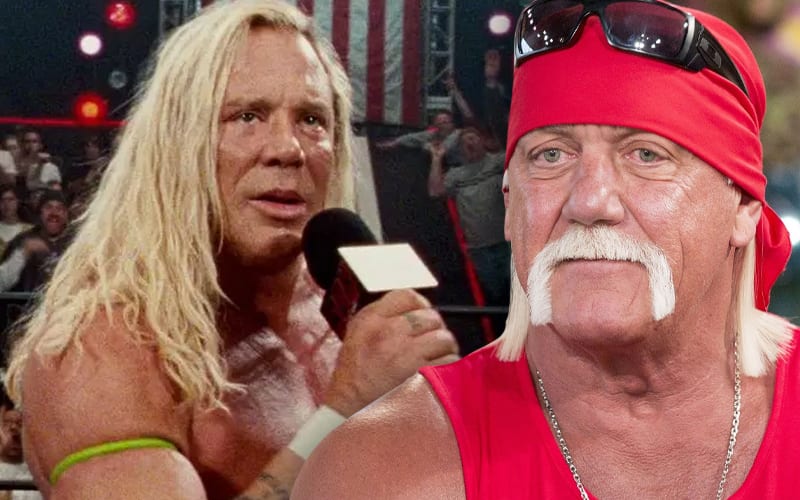 Darren Aronofsky’s 2008 film The Wrestler received accolades all over the entertainment world. It also convinced Hollywood that pro wrestling subject matter can make money in the box office. Mickey Rourke and Marisa Tomei headed up that stellar cast which also included many names from pro wrestling. Hulk Hogan wasn’t a part of the film, but it wasn’t for lack of trying.

During a recent episode of 83 Weeks, Eric Bischoff revealed that the Aronofsky-helmed project made a play for Hulk Hogan.

“Yeah, I met with Darren. Darren wanted to meet with me in New York about being in the movie as well. So, it’s not like, you know, Ernest ‘The Cat” Miller was in the movie for crying out loud. So, Darren reached out to a lot of people in the industry and early, [he] did reach out to Hulk.”

There were two different scripts floating around for The Wrestler at the time. Bischoff is uncertain which version the Hulkster was sent, but he did receive one of the copies. Apparently, it wasn’t up to Hulk Hogan’s standards at the time.

The Wrestler would have been a much different movie if Hulk Hogan had been cast in a role. Hulk Hogan is getting his own biopic on Netflix starring Chris Hemsworth as The Hulkster. Hemsworth is also in jacked shape to play the part.

Eric Bischoff is also an executive producer on the upcoming Hulk Hogan biopic. He made it clear that they are still in their late production stages.