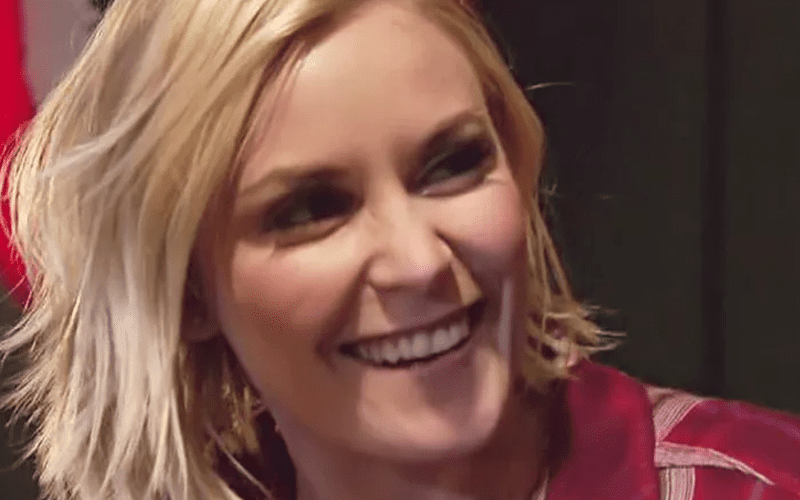 This week’s episode of AEW Dynamite had a segment featuring Cody and Brandi Rhodes in a video that was recorded beforehand. In the video, the couple revealed that they are expecting their first child.

This was not the first time a pregnancy announcement was made on AEW Dynamite. Jon Moxley had casually announced his wife Renee Paquette being pregnant a month ago on the show, while he was cutting a promo. One would certainly think that the Rhodes family took inspiration from Moxley.

Renee Paquette wasted no time in responding to the announcement made on AEW Dynamite. The former WWE announcer took to Twitter and firstly, congratulated the couple.

Congrats!!!!! Now can we discuss how beautiful this baby will be…?! I mean, c’mon!

After that, she jokingly said how the pro wrestling scene will be looking good within the next 20 years. She referred to the fact that quite a few wrestlers have recently announced them becoming a parent as well.

All I’m saying is in 20 years, the wrestling talent pool gonna be looking good!!

ROH Star Dragon Lee recently announced he will be a father as well.