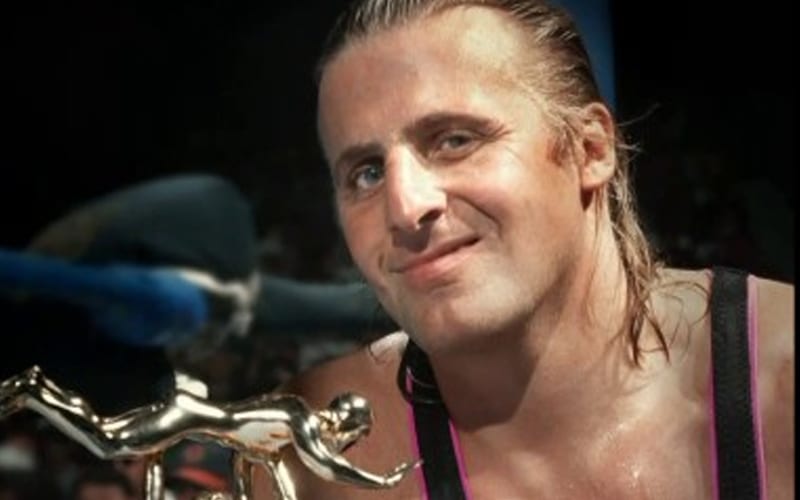 The Montreal Screwjob will live on forever as one of the most controversial decisions in pro wrestling history. Bret Hart’s WWE contract was up, and he was the World Champion. Vince McMahon didn’t want Hart leaving with that title, and the Hitman didn’t want to drop the belt in Montreal. That caused a big problem at Survivor Series 1997.

During his Monday Mail Bag show on Ad Free Shows, former WWE referee Mike Chioda discussed the Montreal Screwjob in a way that fans had never heard before. He revealed the actual plan for that match if they didn’t go to the screwjob finish. Everyone else thought that Owen Hart and Chioda were going to have a spot near the finish, but that never happened as Earl Hebner rang the bell early.

Even before that happened, Chioda said that Hart was very nervous and he could tell something was going on that was being kept from him.

“Bret came up to me that day because he knew I had a run-in on that match. He was very concerned because he knew something was going down and he felt it. He felt it but he didn’t think they might do it in Montreal because he was in Montreal, in Canada. Bret has always been a good stand up guy and a good family man. Here comes Shawn Michaels with the rise and they seen that Shawn Michaels was going to be at the top of this. But Shawn didn’t want to drop the strap to him at a certain point before this.”

“Bret came up to me that day and said, ‘Hey Mike, did they ask you to do anything during this match that I’m not aware of.’ I said, ‘Bret, I swear on my mother that nobody asked me anything. I feel like something is going down because nobody is talking to me about a lot of stuff which normally they would talk to me about a match.’ I did see Gerry Brisco on the side talking with Earl Hebner having chit chats in a corner having a secret little meeting at times during the day. So I knew something was going down. I definitely saw that meeting before the match went out there. I knew something was going down and I know Bret asked Earl Hebner the same thing and Earl said, ‘I swear on my kids, they didn’t say anything.’ Bret told me he asked Earl and he swore on his kids and I said I swore on my mother they didn’t say anything to me. I don’t know what I would have done.”

Mike Chioda recalled that he was supposed to run down and start counting a pinfall on Bret Hart. Owen Hart was then going to come down and throw him out of the ring. Next, Shawn Michaels was planned to Superkick Owen to get him out of the match. Of course, Earl Hebner called for the bell during a Sharpshooter instead, and the rest is history.

“I was supposed to go out, run down, count at least to one, and behind me was Owen Hart who was supposed to slide in, grab me by my shirt and the back of my belt and throw me between the second and third rope, but we never got to that point. I think right after Owen throws me out, Shawn superkicks Owen to get him out of the picture. I would come in and count one, two, and boom, Owen is right behind me and cans me right out of the ring who turns into Shawn Michaels superkick, but it never got to that point. I heard a bell. I was looking through the curtain and Owen was behind me looking at me like, what the f*ck just happened. I said, ‘I don’t know.’ I’m looking and Earl is running right out of the arena, right through the crowd. There was a car waiting for him to take him out.”

There are a lot of stories going around about who knew about the Montreal Screwjob ahead of time. Mike Chioda apparently had no idea it was going to happen. He was waiting with Owen Hart backstage for their cue to join the match, but it never happened.