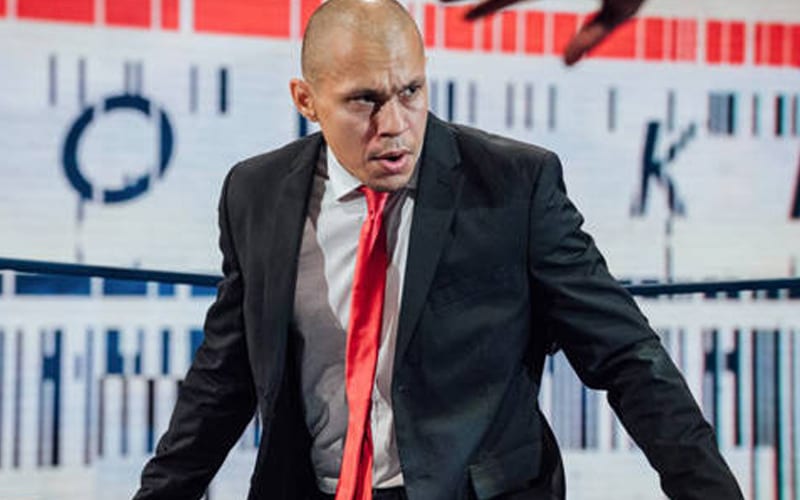 Low Ki had a stint in WWE as Kaval, but that didn’t amount to nearly the run that some expected. As he looks back at the situation, the stiff-striking pro wrestling star says that WWE was scared of him, and he claims they still are.

While speaking to Wrestling Inc, Low Ki said that WWE is scared of him because they didn’t “make” him. He was “groomed the old fashioned way” and gained experience on his own.

That journeyman mentality that Low Ki brings to the table doesn’t make WWE comfortable because they like to cultivate wrestlers into their own image of what a Superstar should be.

“They’re scared. Why? Because they didn’t make me. Why? Because I’m groomed the old fashioned way. I gained my experience. I’m a journeyman, and on top of that, I perform at a higher level than those guys even think. So, why am I going to sit there and walk in? I’m going to pay attention to the behaviors of the people who are supposed to be in charge, I pay attention to their behaviors, and I’m supposed to sit there and listen to them and watch how they treat other people?”

“I’m supposed to sit there and let them do the same thing to me? Notice, I don’t point anyone out and condemn them. Or even ten years later, I don’t single anyone out and say they did this and they did that. I have plenty of those stories, but I haven’t done that. Why? Because I don’t need to.”

Low Ki’s chances in WWE seem slim, but he’s still a very busy man. He has a successful voiceover career as well. So, if WWE never calls his name it probably won’t bother him too much.

On that note, you can check out Low Ki’s voiceover reel below in case you’ve never heard it before. Odds are you might have heard Low Ki pitch a product on the radio and you didn’t even realize it was him.