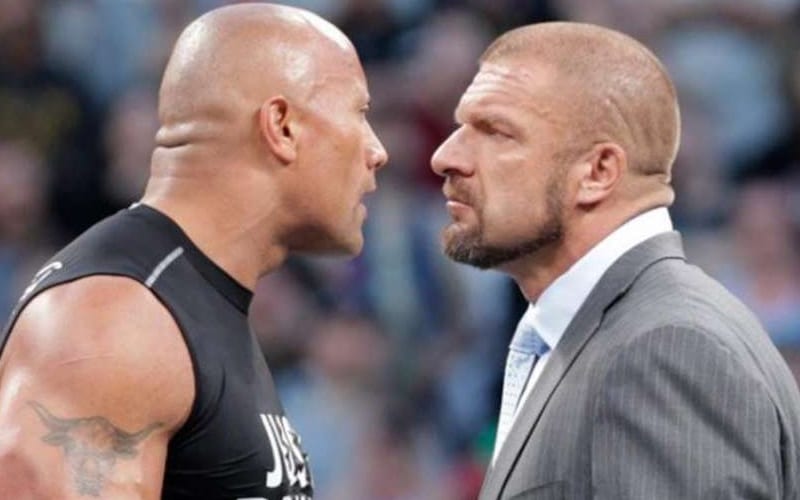 It can be difficult to make it in WWE, and you need to have certain people on your side. The Rock was able to create a successful career for himself in spite of not really getting along with Triple H.

We previously covered how Triple H was one of the driving reasons why The Rock vs Hulk Hogan didn’t main event WrestleMania X8. The Game didn’t want to lose his main event Undisputed Title match spot with Chris Jericho.

During Mailbag Monday with Mike Chioda on Ad Free Shows, the former WWE referee spoke about his perception of The Rock and Triple H’s relationship at the time. He admitted that the two didn’t see eye to eye much at all as they continued battling for position in the company.

“I don’t think it was that good back then. Back then it was more battling for position, not as far as in the company, but as a professional wrestler. They didn’t see eye to eye too many times, that’s for sure.”

The Rock and Triple H have a much different relationship now, but time has also changed a lot about their roles in the entertainment industry. We’ll have to see if The Rock ever makes a return to WWE for one more match. Odds are Triple H will be happy to see Dwayne Johnson as the two have likely left any animosity between them in the past.