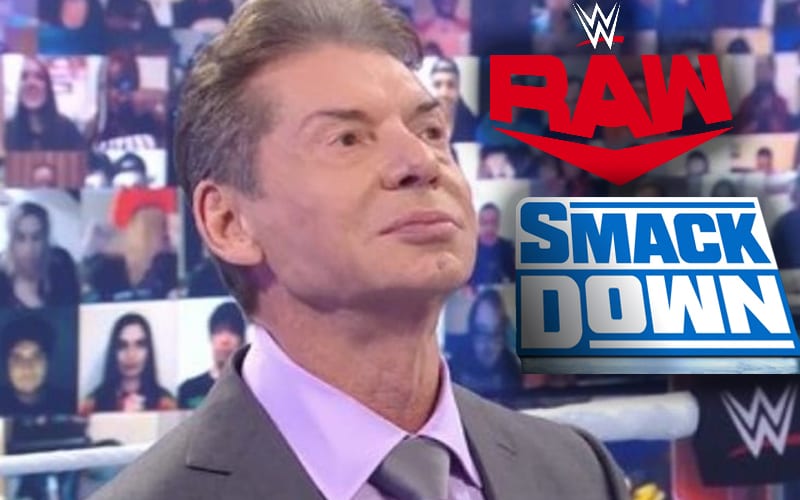 WWE will plan out a pay-per-view every month, but there is no guarantee all of those matches will be held off until the big show comes around. This is a trend that is not stopping.

This week on SmackDown, WWE will hold a SmackDown Tag Team Title match with the Street Profits vs Dolph Ziggler and Robert Roode. That match was originally slated for TLC, but they are holding it early. Ringside News exclusively reported that WWE might do just that.

During Wrestling Observer Radio, Dave Meltzer spoke about WWE’s proclivity to hold pay-per-view matches early on free television. It’s not by design at all. Instead, the reason lies in the fact that WWE doesn’t have anything else planned that they can offer.

“It’s like whenever I talk to someone about doing this match for the pay-per-view they’re like, ‘well, it’s listed for the pay-per-view,’ but what’s gonna happen half the time — like that Street Profits match with Roode and Ziggler — they’re gonna come to TV and they’re gonna go, ‘what do we got on TV this week?’ — ‘WELL we could put this one on!’ Because they’ve got no ideas for TV.”

WWE’s creative decisions have taken a beating from fans for a while now, and the company doesn’t seem likely to change their tactics.

The leadership backstage shows in the presentation on television. Vince McMahon surrounded himself with people like Bruce Prichard who continually tell him exactly what he wants to hear. That created an issue because not every idea that The Chairman comes up with is a good one.