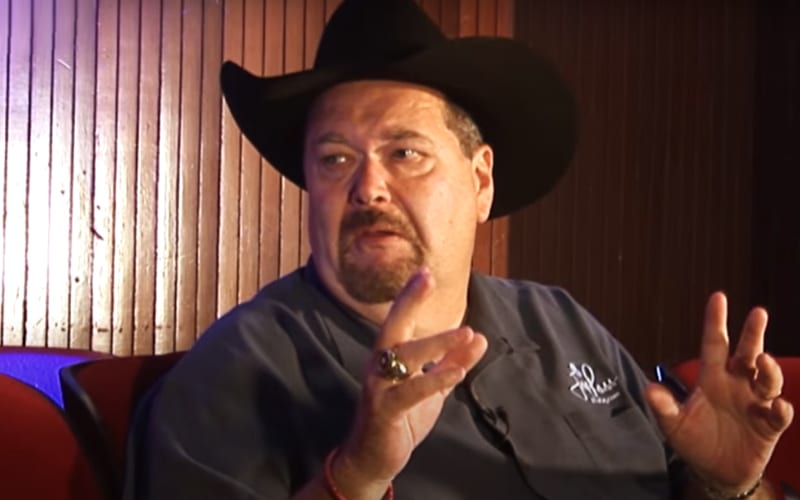 AEW has a lot of high-energy action, and that includes dives to the outside. Jim Ross recently spoke on his podcast about that tactic. He did not mix words when talking about his feelings on the matter.

Jim Ross said, “you guys do the same f*cking spot, you go to the outside, you cluster up like quail you stand together friend and foe side-by-side so you can catch some leaping idiot going over the top who never wins with this move,” That verbiage is now being used against him, in a manner of speaking.

Brandon Cutler was recently trying to promote next week’s 14-man tag team match on AEW Dynamite. It could be a crazy contest likely with a dive to the outside or two. Chris Jericho, Sammy Guevara, Jake Hager, Santana, Ortiz, Wardlow, & MJF will take on Top Flight, Brandon Cutler, Varsity Blondes, and Best Friends. Cutler used some of Jim Ross’ own words in a tweet to promote this contest.

We’re gonna go outside, cluster up like coils, stand there in a huddle, friends and foes together, side-by-side to catch some leaping idiot going over the top.

This is a very interesting turn of events. Jim Ross is on AEW Dynamite every week, and now we will know how he really feels about those big dives. Maybe someone will eventually win with the move?

It’s also interesting how Dax Harwood just dropped a tweet about younger wrestlers who don’t listen to veterans. Either way, Brandon Cutler hopes that the 14-man match will garner 1 million viewers so tons of people can watch them gather like quail.